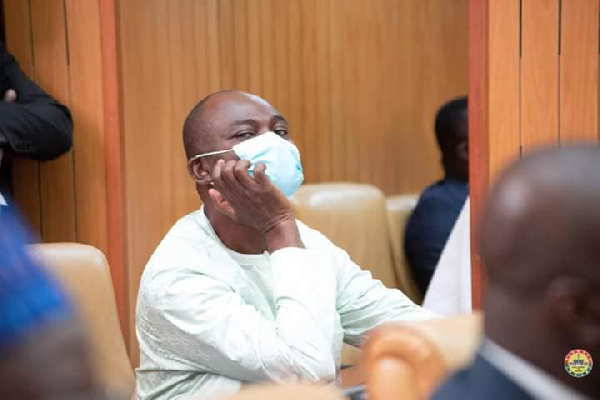 The posturing of Assin Central Member of Parliament, Mr. Kennedy Ohene Agyapong on Thursday, January 7, 2021, surprised many as he was one of many NPP MPs who maintained their cool during the fracas in parliament.

Many emerged to commend the MP for his rather unassuming posturing which contributed eventually to the restoration of peace in the august house.

He has emerged to speak on events as they happened on Thursday, and what influenced his actions.

Kennedy Agyapong alleged that there was a deliberate attempt by some NDC Members of Parliament to cause chaos and destroy the swearing-in and inauguration of President Nana Addo Dankwa Akufo-Addo.

He believes it is why there was the whole brouhaha in parliament prior to the event on Thursday afternoon.

This “intelligence” and game plan according to him, was received by him way before the event was to happen.

He adds that to avoid more delays which would eventually translate to and affect the swearing-in and inauguration process, the NPP MPs including himself decided to remain calm especially because there were dignitaries in the country who had been invited to witness the event.

Speaking in an interview on Oman FM, the legislator said: “I didn’t want to destroy Akufo-Addo’s swearing-in that is why I sat down quietly and observed the NDC members.”

“We [NPP] could have fought,” but it would have dragged and affected the swearing-in of MPs-Elect and eventually the President and his Vice-President’s swearing-in, that is why we from the NPP side decided to be quiet to let the NDC members have their way.”

Kennedy Agyapong said he was not ready to participate in any chaotic scene that will “destroy the peace we have’ hence the reason he was seated quietly during the whole parliamentary sitting.