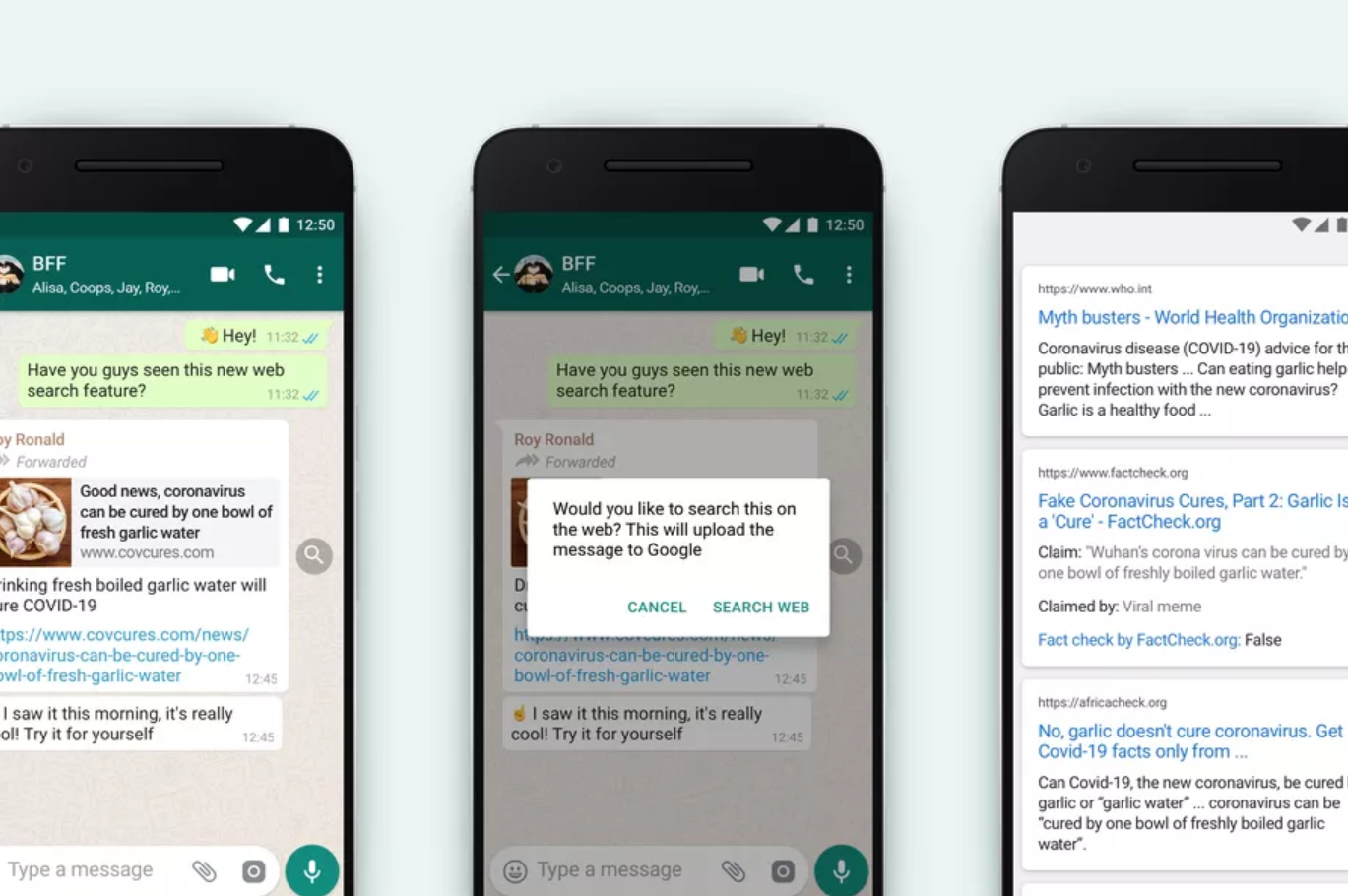 WhatsApp is piloting a new feature that lets users quickly search the contents of viral messages to fact-check misinformation, the company has announced. Starting today, a magnifying glass icon will start appearing next to messages that have been forwarded through a chain of five or more people. Tapping it searches for the message’s contents online, with the idea being that this should reveal any common conspiracy theories or misinformation the message contains.
In a screenshot of the feature released by WhatsApp, it uses the example of a viral message which claims that “drinking fresh boiled garlic water will cure COVID-19.” A web search brings up three fact-checking websites, which flag this claim as false. Back in March, CNN reported that medical misinformation was becoming a problem on the Facebook-owned messaging service.
Facebook’s attempts to police misinformation on WhatsApp are complicated by the service’s end-to-end encryption, which prevent it from being able to see the contents of any messages sent on the service. With the new search feature WhatsApp is giving users the ability to fact-check information themselves, rather than the company proactively scanning messages for common conspiracy theories. WhatsApp says that any message that a user chooses to search are sent directly to their browser “without WhatsApp ever seeing the message itself.”
This is just the latest measure that WhatsApp has introduced to try and stop the spread of misinformation on its platform. Back in April it placed new limits on the forwarding of viral messages. After the changes, viral messages can only be forwarded on to one more person, down from the previous limit of five. WhatsApp later said the measure had cut the spread of viral messages by 70 percent, though it’s impossible to know how many of these messages contained misinformation.