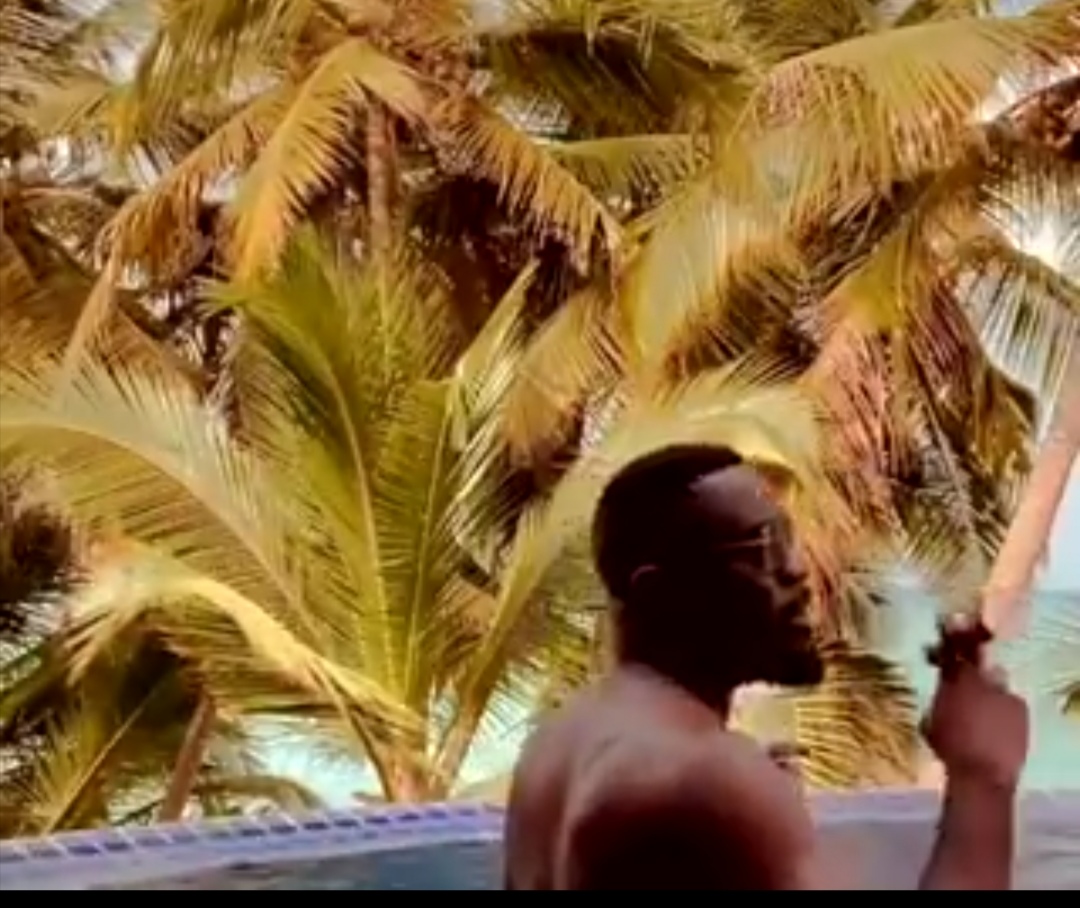 The prolific Ghanaian rapper has yet again got social media buzzing after sharing a video inside a pool and having fun.

The unfamiliar song is thought to be unreleased and specially made for his wife Tracy Sarkcess to celebrate her birthday.

The serene environment the video took place is said to be at a beach resort at an undisclosed location.

Some netizens are claiming that is the place the birthday party would be held later in the day.

Sarkodie has been described as ‘guy guy’ for being seen half naked and dancing inside a pool with a wine glass in one hand and a cigar in the other, lip-syncing with the unrealed song.

watch the video below: