Pictures taken from a video of men cutting themselves with a cutlass without bleeding have hit social media.

In a display of true voodoo or black magic, these men clad in the paraphernalia of traditional chief priests like in the old Nigerian movie ”Isakaba” were seen cutting themselves without bleeding.

Pictures show one man on top of another and shockingly trying to gush him but to no avail.

These men who supposedly were endowed with some kind of supernatural powers laid down still while another man shoved his cutlass unsuccessfully across their bellies.

Check out the pictures below: 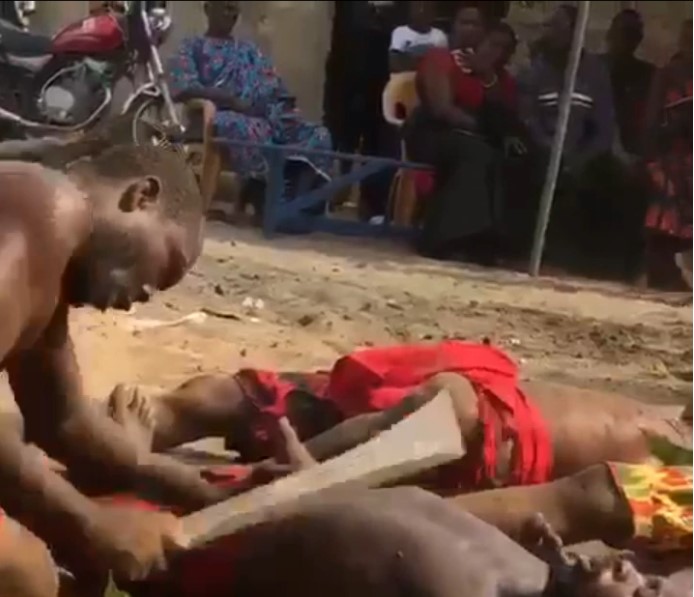 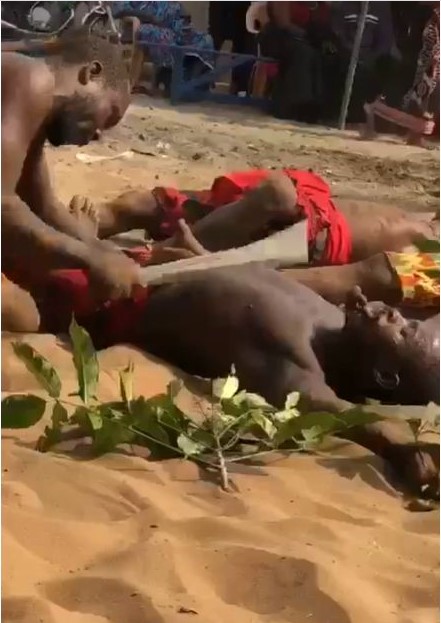 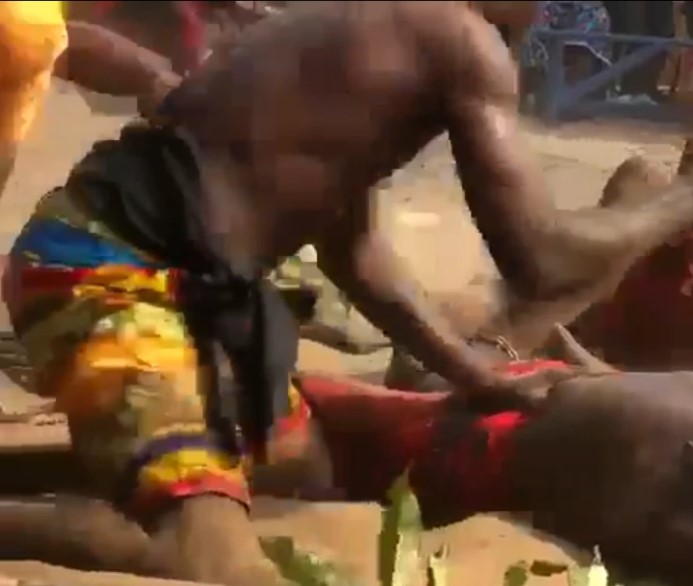 Big payday for Villagers in Congo as they fill sacks and buckets, after discovering a whole mountain full of Gold [watch video]