Four persons have been arrested by the Sakumono police for dismantling a taxi cab which was snatched from its owner at gunpoint on the main Sakumono beach road.

The four persons; Yaw Badu, Musah Mohammed, Dermon Puplampu, and Ayuba Sagoe, were arrested and arraigned before an Accra Circuit Court after a report of car-snatching was received by the police.

According to the taxi driver, he was hired by a passenger from Tema Community 1 to Nungua Barrier. In the course of the trip just around the train station area on the main Sakumono-Tema Beach Road, the passenger asked him to park for him to urinate. After urinating, the passenger pulled a gun on him, and out of fear, he (the driver) bolted into the bush leaving the car.

The said passenger then sped off with the taxi. Later, Police intelligence gathered that a taxi is being dismantled around the Sakumono Railway area and proceeded to the location where they found the frame of the taxi cab without its registration number plates. 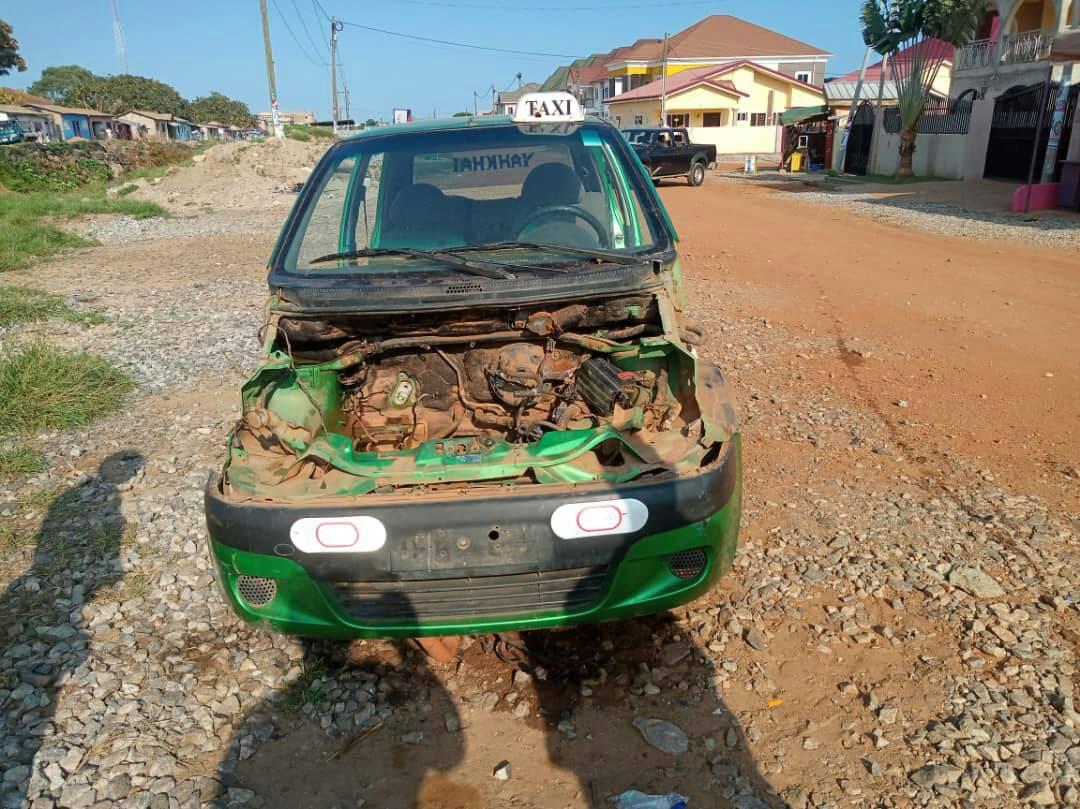 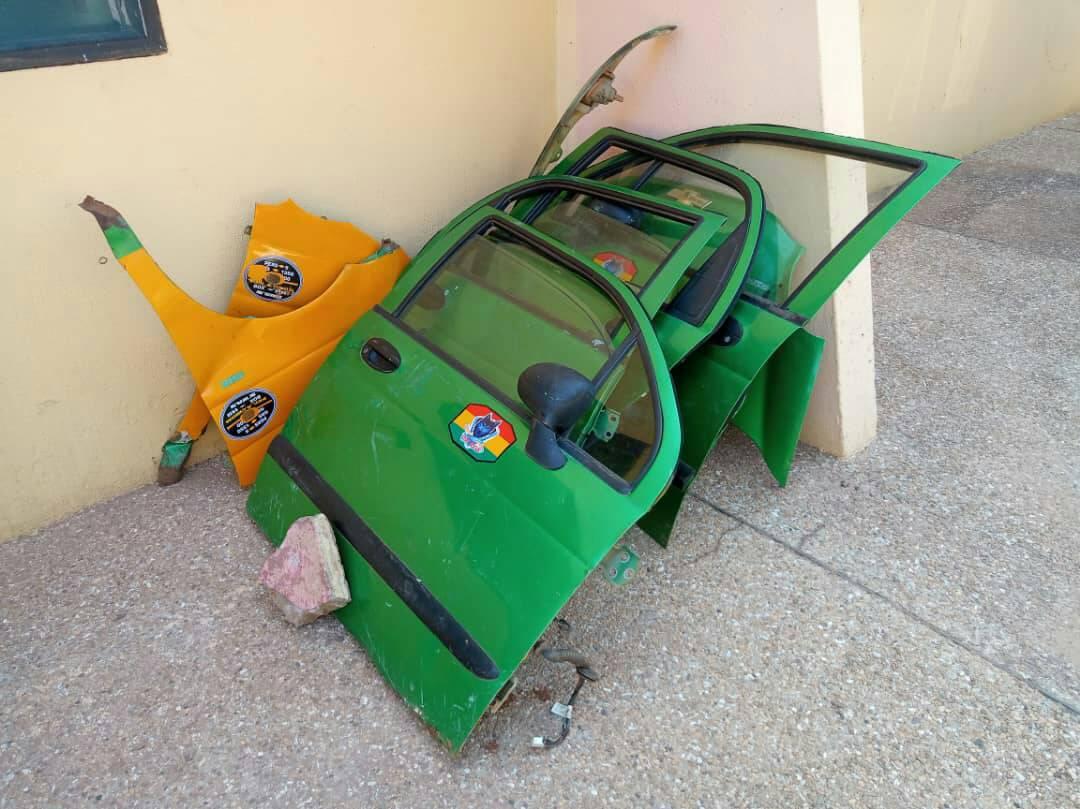 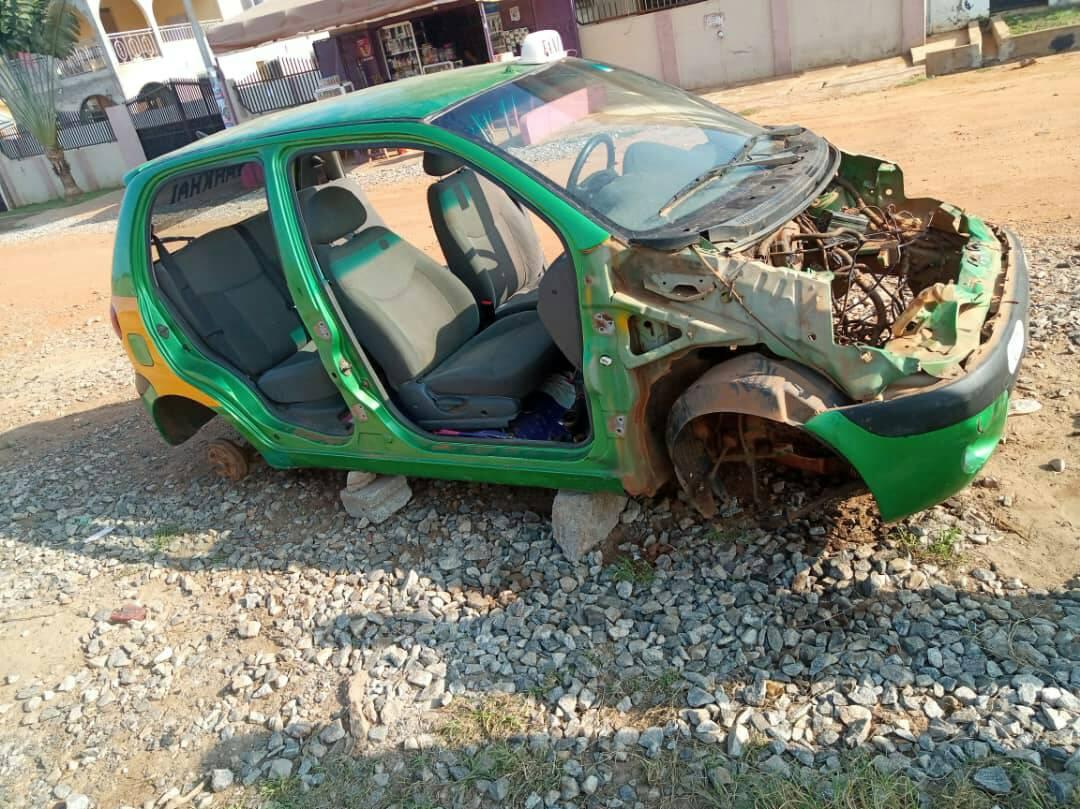 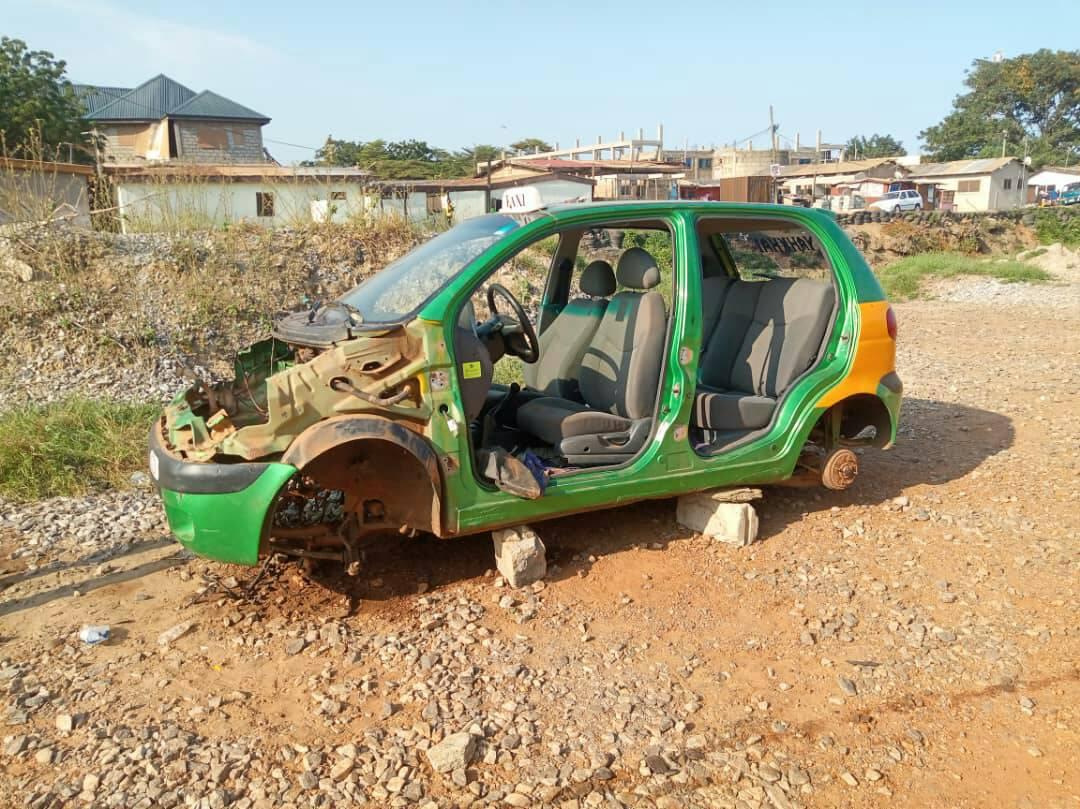 It was without tyres, four doors, bonnet, engine, fenders, and the two headlights. A search on the skeletal car led to the retrieval of its insurance and roadworthy stickers bearing the car’s registration number and the driving license of the car owner.

Yaw Badu and Musah Mohammed who are tricycle operators claimed they were hired to remove the engine which was sold to a scrap dealer. The doors, tyres, fenders, headlights, and bonnet were also sold to interested persons. The suspects have been remanded into police custody to reappear in court for the continuation of the case.