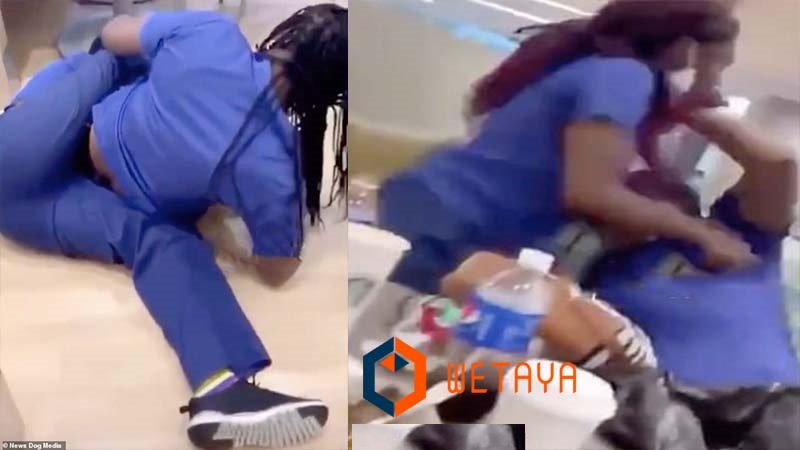 This is the shocking moment two hospital workers violently brawled on the floor of a canteen.

In the disturbing video, the pair completely ignored social distancing and removed their face masks to fight each other in the restaurant in mortal combat style.

At one point one of the health workers – believed to be nurses – is even seen to hold her colleague in a tight choke as she wrestles her on the ground. The footage, reportedly filmed in a London hospital, begins with the co-workers in the middle of a heated argument, but it is unclear who started the squabble or what it is over.

The nurse on the left boisterously says ‘move me, move me’ as she gestures to her co-worker, who replies: ‘You don’t want to come in front of me.’ But the nurse continues to antagonize her colleague, who then pushes her in the stomach causing the violent brawl.

The pair trade blows and then wrestle on the ground in front of the stunned co-workers in their workplace.

An onlooker begs the pair to break up the fight, saying: ‘Stop your mouth is bleeding’.