In 1881, Alfred Southwick (a professor at the University of Buffalo school of dental medicine, now known as the State University of New York at Buffalo) conceived the idea of electrical execution when he heard the story of an intoxicated man who touched a live electric generator. Given that the man died so quickly, Southwick concluded that electricity could be used as an alternative to hanging for executions. His first application for this phenomenon was to help invent a way to euthanize (mercy killing) stray dogs at the Buffalo SPCA but within a year he was publishing his ideas on using this method for capital punishment in scientific journals.

As Southwick was a dentist who was accustomed to performing procedures on subjects in chairs, his device for electrical execution appeared in the form of an “electric chair.” After a series of botched hangings in the United States there was mounting criticism of this form of capital punishment and the death penalty in general.

In 1886 newly elected New York State governor David B. Hill set up a three-member death penalty commission to find a more humane form of execution. The committee included Southwick, human rights advocate and reformer Elbridge Thomas Gerry, and New York lawyer and politician Matthew Hale. They explored many forms of execution and in 1888 recommended electrocution using Southwick’s electric chair idea with metal conductors attached to the condemned person’s head and feet. Based on their advice the first law allowing the use of electrocution went into effect in New York State on January 1, 1889.

On August 6, 1890, William Kemmler became the first person to be executed by electrocution. Southwick was present and is reported to have said “There is the culmination of ten years work and study! We live in a higher civilization from this day.

A man tried selling a country on Ebay in 2006

The Blue Whale, is the largest known animal in the world 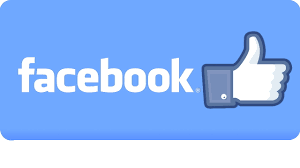 3 weeks ago
Check Also
Close
Subscribe to Wetaya via Email
SONG OF THE DAY
Back to top button
Close
Close
We use cookies to ensure that we give you the best experience on our website. If you continue to use this site we will assume that you are happy with it.SureNot NowPrivacy policy