Shatta Wale has infuriated Serwaa Amihere after he allegedly sent a photo of his manhood to the popular GhOne News Anchor through iMessage.

Apparently, whiles Ghanaians are anxiously waiting for the Electoral Commission to announce the winner of the just held general Elections, Shatta Wale is in the inbox of Serwaa Amihere being naughty.

Serwaa Amihere took to her Twitter page to warn Shatta Wale never to send her what he sent to her through iMessage again and added a crying emoji.

Serwaa Amihere tweeted: “@shattawalegh I don’t want to see what you just showed to me on iMessage again ?”

While many netizens were wondering and speculating exactly what Shatta Wale sent to Serwaa Amihere, the Dancehall King himself responded by asking Serwaa if she was referring to his manhood or the fufu. 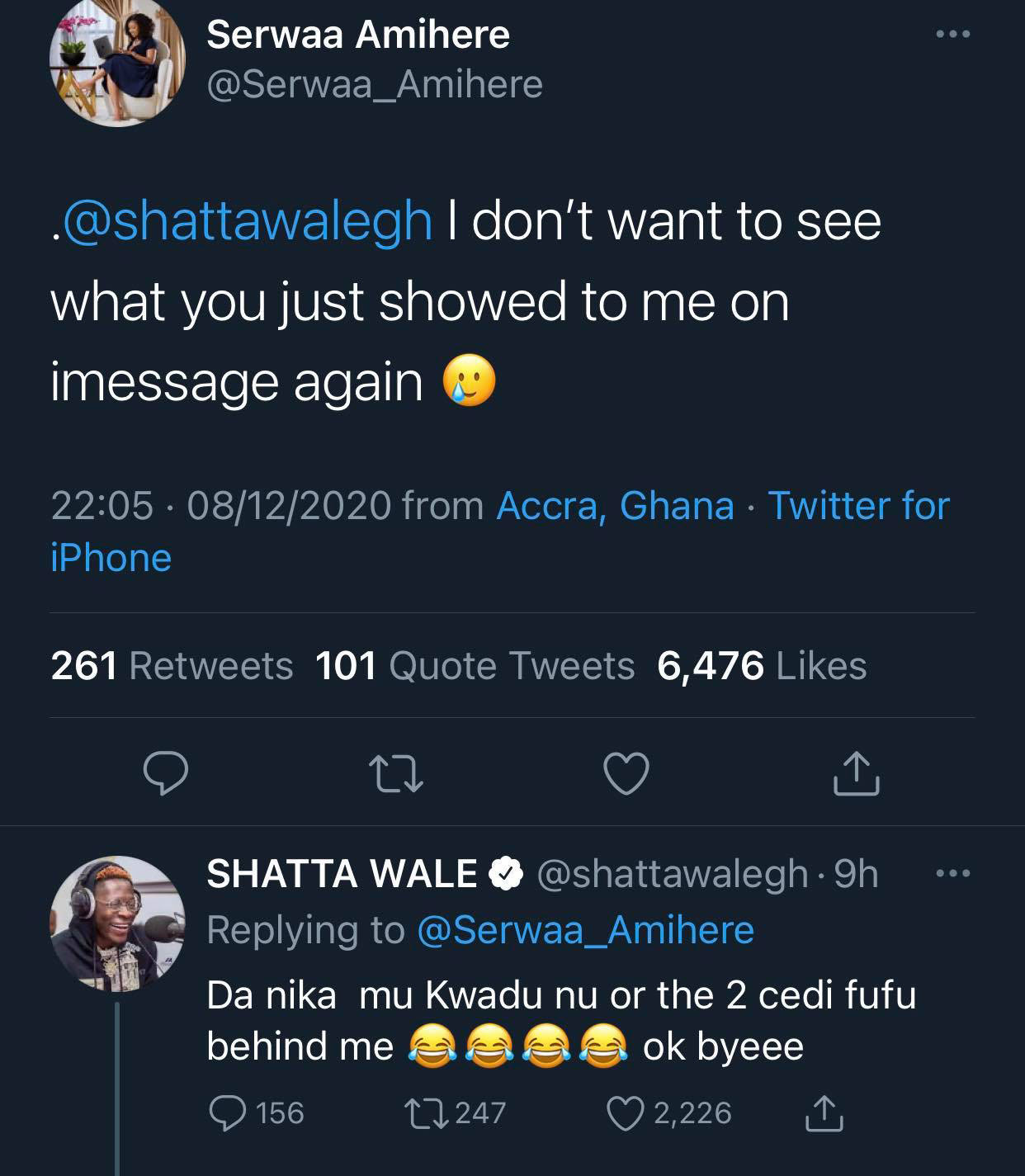