Tears and shouts of “we are free, we are no longer prisoners” erupted in the Pretoria High Courtroom GA on Thursday as serial rapist, Sello Abram Mapunya, was sentenced to 1,088 years in prison for his five-year reign of terror.

Hugging each other, his victims and their families openly wept in relief as Mapunya was led from the dock moments after judge Papi Mosopa handed down the sentence. Mosopa gave Mapunya five life sentences and 988 years imprisonment for the rape and robbery of 56 women between December 2014 and March 2019, when he was arrested.

Condemning “evil” to an eternity behind bars, Mosopa said Mapunya was “hell-bent” on infringing on society’s most vulnerable and their right to dignity and security. “He failed to show any remorse,” said Mosopa. Mapunya, 33, was convicted on Wednesday for 41 rapes and 40 separate housebreakings and house robberies, as well as assault with the intent to commit grievous bodily harm, robbery, and theft. 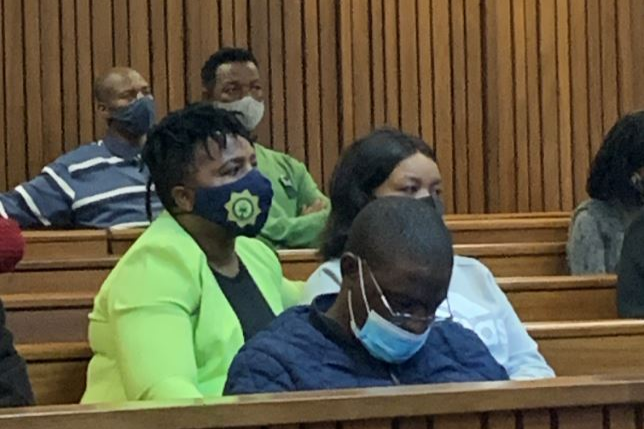 Thuleleni Mtsweni, who was beaten over the head with a hammer and raped by Mapunya in her Nellmapius home, said some victims had almost lost their lives. “It was the worst experience of my life, but that is now over. Today is a victory, not just for those of us who survived the terror this man unleashed, but for all women out there who are victims of similar crimes.

“We, as survivors, fought for our voices to be heard. We fought for the voices of all women to be heard. We stood here in court and have now watched the man who tortured us go down. He went down because of our bravery to speak out,” she said.

“The sentence I am imposing will show others that women’s bodies are not commodities and cannot be abused with impunity. These sentences will not run concurrently because they were not committed at the same time. They occurred separately over five years, therefore you will be sentenced for every crime you committed separately,” said Mosopa.

Mosopa said the sentence had to take into account the heinousness and brutality of the crimes. “You did not use a condom. At least one of your victims tested HIV-positive after you raped her. Before her rape she was HIV-negative. It was only through the urgent intervention from hospital staff that your other victims are not HIV-positive.”

He told Mapunya the victim impact study reports provided to the court only gave a brief glimpse into the terror he brought down on so many. “Some are suicidal, all are angry towards men and most have relocated from their homes. You crippled the soul of your 14-year-old victim.” He said when Mapunya began his “evil deeds” he violated women and threatened them with a weapon. “But, as time progressed your propensity for violence increased with some of your victims stabbed with screwdrivers and beaten with hammers.

NPA Tshwane regional spokesperson Lumka Mahanjana welcomed the sentence, which she said would send out a strong message to those who thought that they could commit similar crimes. “We are excited that the judge said the sentences will not run concurrently, especially as he violated so many women.”