Africa’s most decorated and Award-winning rapper Sarkodie on Sunday, 16th August 2020 made history with his Black Love Virtual Concert, pulling in a staggering 1.5million plus visits to the CEEK app and a whopping 133,000 views on the app.

The traffic or people trying to join the CEEK virtual platform to watch or stream the show was so enormous that the servers were jammed or crashed at the initial stages.

Aside the broadcast challenges, everything else was on point. In fact, it was a perfect show!

Sarkodie is well known for his creative and grand entries, but Sunday’s entry was and is by far the best we have seen from the rapper, and the Ghanaian entertainment space as a whole.

As the show begins, we see the rapper performing Brown paper bag at the apex or top of the Independence Arch, next to the iconic Black Star, with choreographers positioned a step down, with lit torches.

The surprise of the night though which made music lovers so happy, was when Sarkodie and Dancehall act Shatta Wale, who have been beefing for years now, shared the same stage to perform their hit song “Me Gye Wo Girl”.

It was indeed a memorable and historic night, and a testament to adequate preparation and the professionalism that the rapper touts.

Great sound quality and breathtaking lighting added to the magic of the night. Sarkodie has certainly raised the bar with this concert and it will without a doubt be considered as one of the most legendary Ghanaian shows of the 21st century. 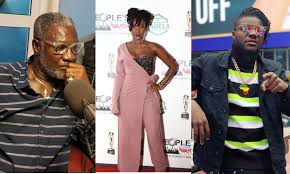 Video: Ebony was killed by her hometown gods for practicing lesbianism – Pope Skinny 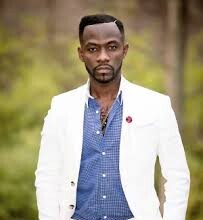