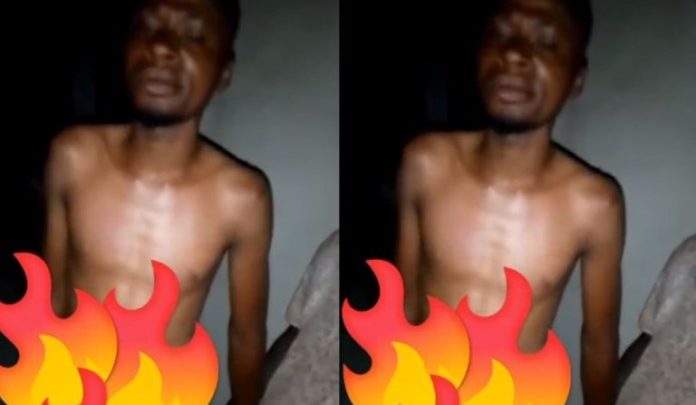 A middle-aged man at Abuakwa, a suburb of the Ashanti Regional Capital, Kumasi, has been caught sleeping with a madwoman in a classroom.

According to an eye witness, the man whose name is given as Abubakar, passed by the school where they were working in the afternoon to hand over food to the mentally-deranged woman who has used the school as an abode.

When asked about his relationship with the woman, Abubakar said the woman had earlier complained of hunger so he passed by to give her food.

However, when they left the school to attend to their pressing need, Abubakar went back there and was having several bouts of sex with the mentally ill woman.

The eye witness said upon their return to the school, they met Abubakar sleeping with the mad woman with different styles and waist moves.

“He came here in the afternoon and when he was questioned, he said the madwoman says she’s hungry so he got her food. When we decided to leave the place and attend to other things elsewhere, we returned and found him sleeping with the mad lady,” the eye witness said.