A wealthy South African man has reportedly demolished a house he built for his girlfriend after she ended their relationship.

The news was shared by a South African radio personality, Tshidy Kekana Manganye, who shared footage showing the demolition.

She explained that the businessman built the house in the woman’s name so he couldn’t take it back legally. 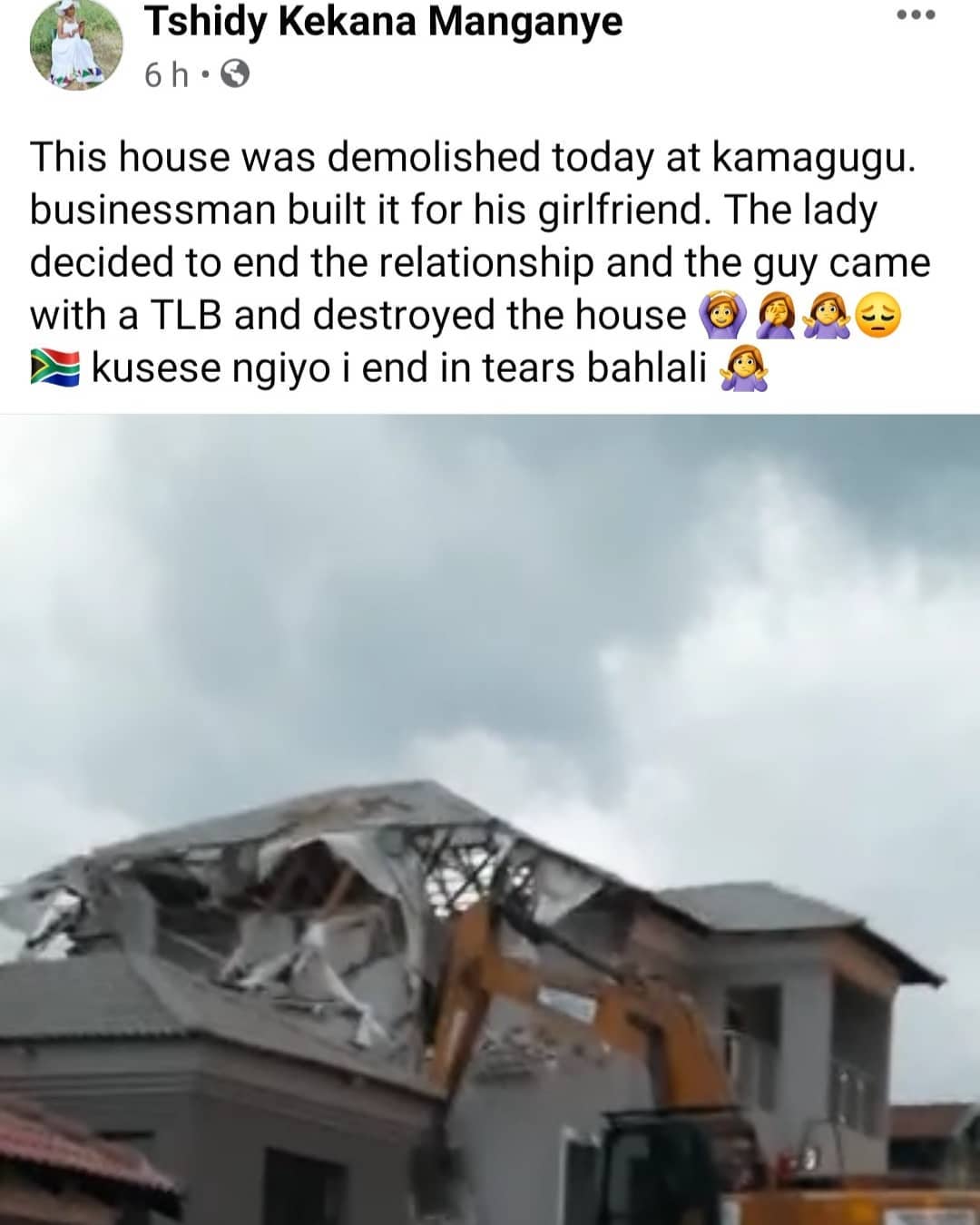 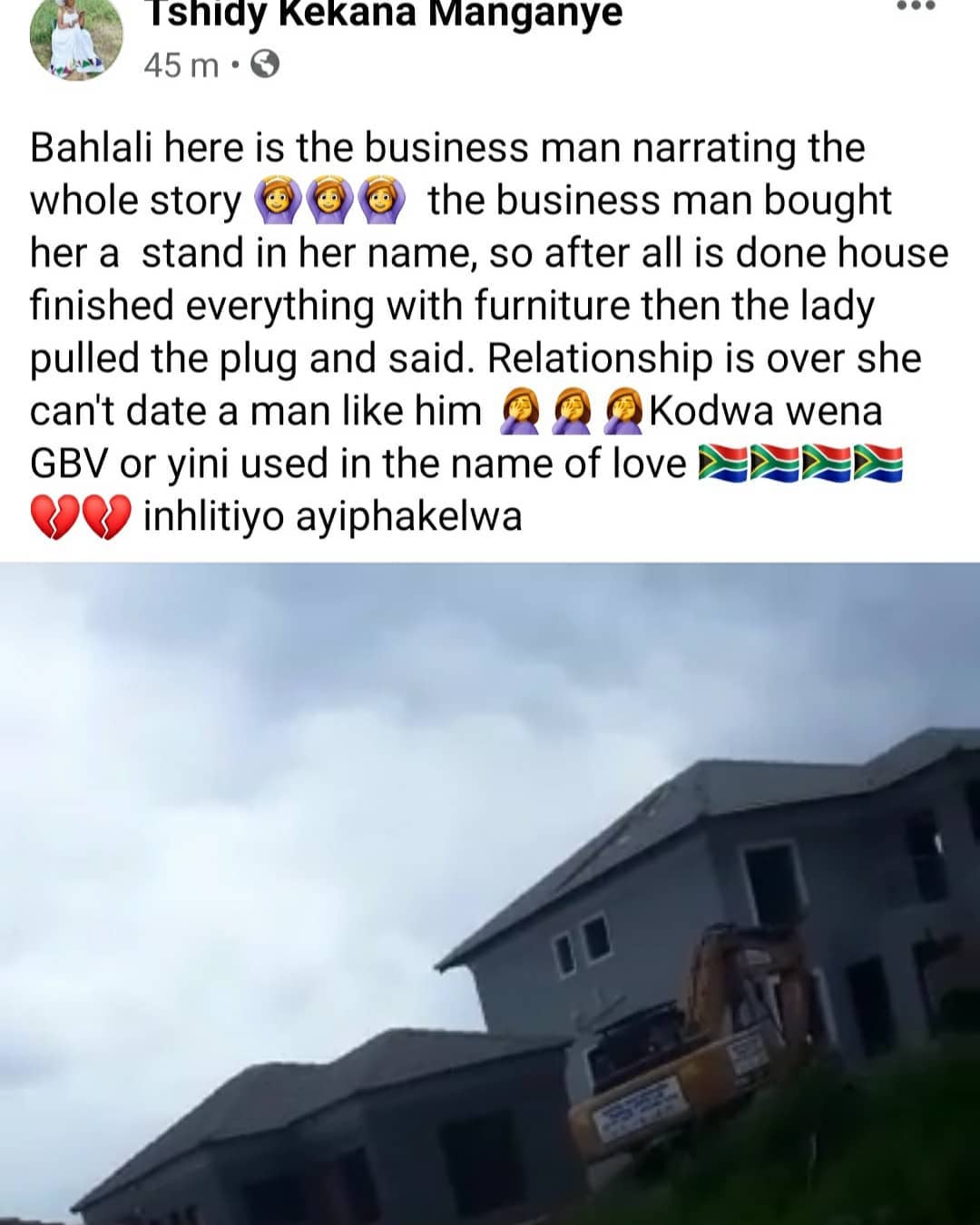 He had also furnished the house too before the woman said she can’t date him anymore.

As he couldn’t reclaim the house since it isn’t in his name, he demolished it.