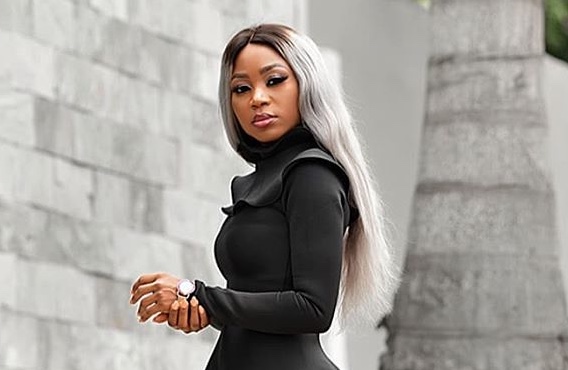 The queen mothers of Akuapem, have warned actress, Rosemond Brown, who is also popularly known as Akuapem Poloo to change her name.

They say she is disgracing them with her behaviour on social media. This comes after Poloo’s nude photo post with her son on his birthday. The queen mothers also complained that Poloo has ignored their request to meet with them.

They say they have invited her to meet with the council many times to tell if she really comes from Akuapem, and if yes, which part. However, Akuapem Poloo has constantly failed to honour their invitations, something they take as a deep insult. To this end, the queen mothers say it is better for Brown to quickly change her name or face their full wrath. The statement was read on UTV in a video seen by YEN.com.gh.

Mampong Akwapim Apesemakahene Nana Yirenkyi I has also descended heavily on Rosemond for her recent nudity on social media. According to Nana Yirenkyi, the name Akuapem is bigger than Rosemond brown and very soon it will be taken away from her, as reported by ghanaweb.

After releasing the nude photo of herself in front of her son, a child rights activist first called for her arrest and this opened the floodgate of condemnation for Akuapem Poloo. The Ministry of Gender, Children, and Social Protection also got involved, pledging to support the necessary agencies to ensure that Poloo faces the full rigours of the law. She also ignored an invitation by the CID to report for interrogation, thus causing the police to warn her.

However, the distraught mother and son recorded a video together to apologise to Ghanaians for the incident. The father of her son also commented on the issue calling for stiffer punishment for her. Soon after, reports went haywire that the actress had been arrested. She, however, came out to deny the arrest reports.