Wonders shall never end. One thing the Bible detest is inset. How can a pastor sleep with his own mother? There is always heart breaking news everyday.

Pastor Peter Nkum is fifty seven years old and a pastor of African Faith Ministry in the Gomoa District in Ghana.

The pastor was asked and he also accepted his mistake. Immediately he accepted, the church sanction him. 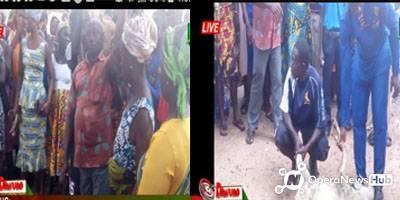