In a new exclusive, major YouTuber Filip Koroy (aka EverythingApplePro) has partnered with prolific leaker Max Weinbach to reveal Apple’s iPhone 12 Pro Max will have the biggest display ever seen on an iPhone and the highest resolution.

But he also has leaked images of the device and it does not look like everyone expected. 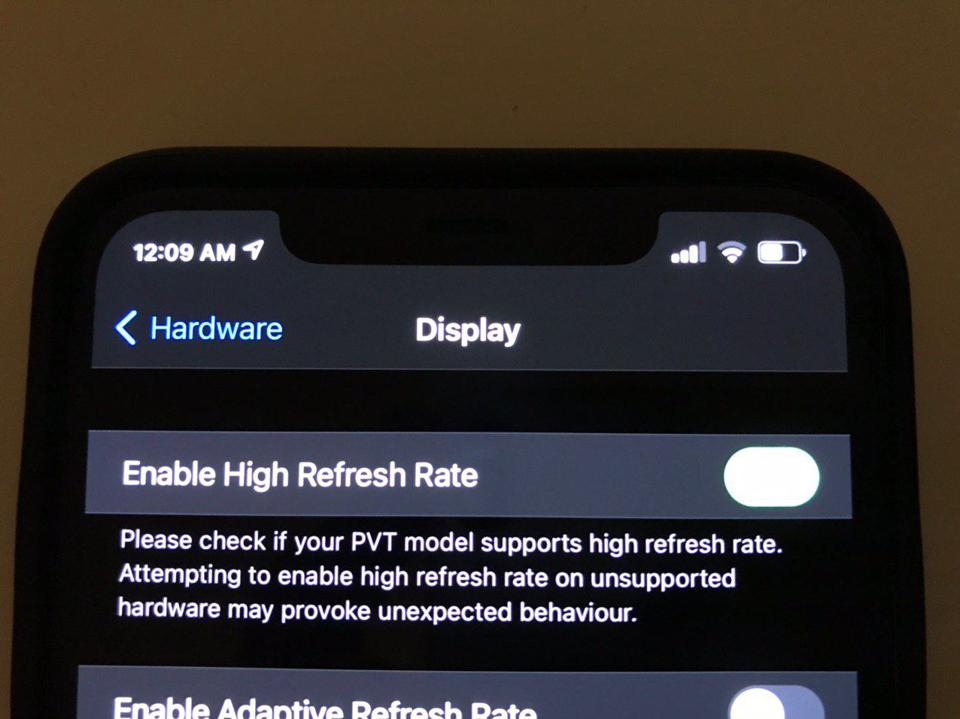 Again, this shows inclusion of the feature is going to be a last minute decision from Apple, and Young notes that the phone’s display drivers “are only capable of going from 60Hz to 96Hz. So, Apple may be tweaking the refresh rate by 25% to get to 120Hz.”

This would be a clever hack, but it also shows how determined Apple is to enable this power hungry feature, despite their smaller batteries.

What will really get Apple fans talking, is the new iPhone’s design. Koroy has attained real-world images of an iPhone 12 Pro Max PVT (Product Validation Test) model, the last version of a device before it enters mass production.

And, despite multiple rumors to the contrary, it shows Apple will retain the same large notch first introduced with the 2017 iPhone X.

There is also little evidence from the images that the range will have significantly thinner bezels, so the iPhone 12 Pro Max may be even larger than anticipated though 120Hz clearly still remains in the balance.

One thing that will be smaller, however, is the box because Koroy shows off material that reveals Apple is upgrading the iPhone 12 range’s fast charger from 18W to 20W (as recently certified), but it will be “sold separately”.

This move will keep prices down as Apple adds expensive new 5G modems into the iPhone 12 line-up, but it means users will have to pay more for phones which seemingly will not have long battery life.

Despite this, the iPhone 12 still looks set to sell like hotcakes, thanks to a new chassis design, clever camera tech, and barnstorming performance. A cheaper model is on the horizon, however, so keep this in mind when Apple eventually launches these devices following tease after tease.