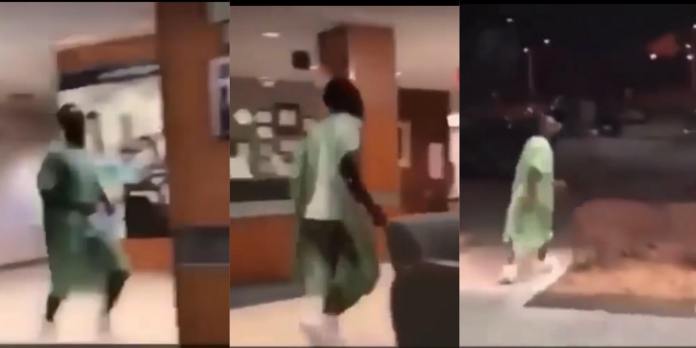 Men are generally not in the habit of allowing their wives access to their mobile phones, and they would go to great lengths to avoid their phones getting into the hands of their wives, even if it means giving up a huge sum of money.

A viral video circulating online shows a young man running away from a hospital while he was scheduled for an operation at the medical centre.

While on the operating bed awaiting surgery, it is reported that he asked the Doctor where his phone was and he was told that his wife has it.

Immediately, he jumped out of the bed in his patient gown and headed home to retrieve his phone.

This man sure has some little dirty secrets on the phone that he’s afraid his wife might discover.