Two of the world’s greats in the field of football, and long term rivals, Messi and Ronaldo, could at long last become teammates!

Argentine superstar Messi has been battling his Portuguese counterpart Ronaldo for the crown of the world’s best player for over a decade. But the two, who have already shared plans to have dinner together, could be about to serve up something greater this summer. That is because Messi’s future at Barcelona has been plunged into doubt after a public fall-out with club sporting director Eric Abidal. But despite taking to social media to vent his anger at his former team-mate, the feeling is that the 32-year-old will stay in Catalonia. 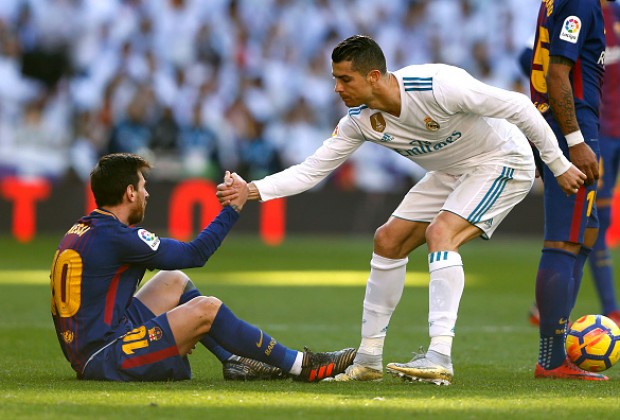 Yet a clause in Messi’s current Barca contract allows him to leave the Nou Camp on a free transfer at the end of any given season. According to reputable Italian newspaper La Gazzetta dello Sport, five clubs who would be able to afford his astronomical wages have already expressed an interest. A reunion with Pep Guardiola at Manchester City has been mooted, but the reigning Premier League champions don’t expect Messi to quit Barca. Local rivals United are reportedly another of the clubs discussed, but the Red Devils are struggling to even secure Champions League football. Paris Saint-Germain, who snatched Neymar from Barcelona back in 2017, have also been listed alongside Italian giants Inter Milan and Juventus.

A move to Turin would see Barca icon Messi play alongside his long-term rival Ronaldo. The two icons, who have scored a staggering 1,414 career goals for club and country, would lead an all-star Juve attack. Some football fans have argued that the two’s dramatically different style of play would actually HINDER a team, but Ronaldo himself believes it would work.  He told France Football in 2016: “It would be interesting to see both of us in the same team. “I think great players should play together. So if we were in the same team, I think I would have more than him, but he wouldn’t be far off.”

Should Messi be brought in, he could slot in on the right-wing, with Dybala moved back on the opposite flank in a 4-3-3 with Ronaldo leading the line. Ronaldo has the most to benefit at this point, Messi is humble but would never help his biggest rival, knowing how many goals Ronaldo would go in to score with services or assists from him (Messi). 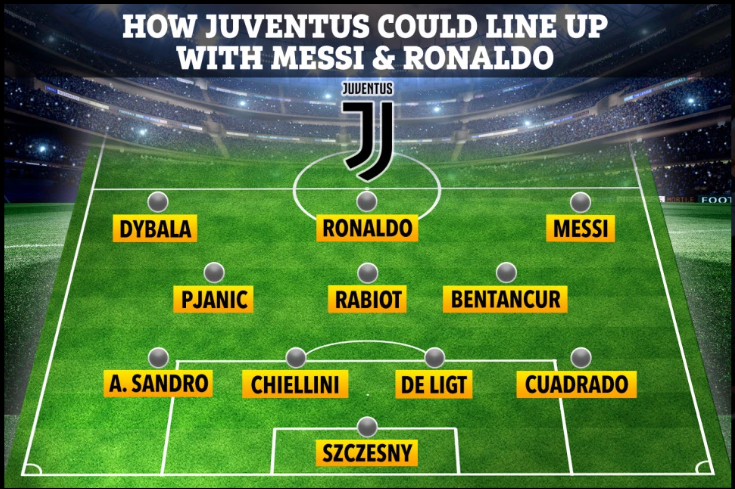 It would be an amazing spectacle to see the two G.O.A.Ts (Greatest Of All Time) play together, but there hasn’t been any commitment yet. Let’s keep our fingers crossed and see how this plays out.