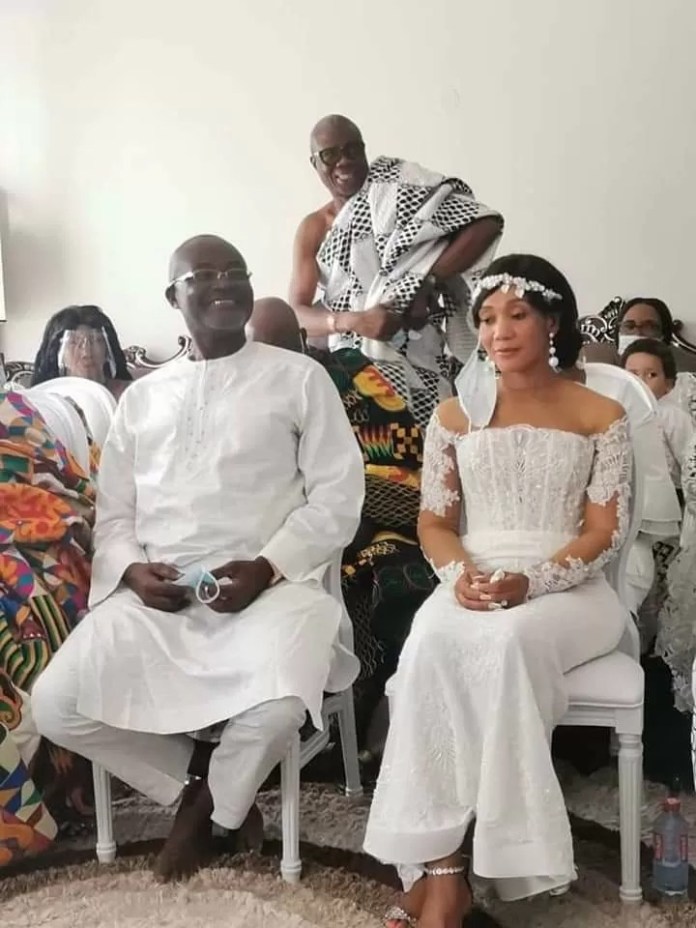 Outspoken Member of Parliament for Assin Central Constituency, Kennedy Ohene Agyapong has started the new year with a matrimonial blessing.

The leading New Patriotic Party member is said to have tied the knot with a lady only identified as Christiana.

A Facebook post by a user named Maame Duodua Appiahkorang asserted that the new wife of the legislator has been rewarded for her patience.

“Aunty Christi am super excited today for you. Indeed, patience moves mountains and honesty pays. A woman of every man’s dream. Humble, quiet, serviceable, and obedient. Am soo happy you and Hon Ken. This is soo beautiful and blessed. Congratulations aunty Christi,” she wrote while attaching photos from what appears to be the traditional ceremony of the duo.

GhanaWeb reports that they cannot independently confirm when the said ceremony took place but further checks indicated that the afterparty was to take place at the Movenpick Hotel in Accra.

Kennedy Agyapong is not one to shy away from his family size and women in his life.

Further checks reveal that out of the 22 children of the Assin Central MP, his new bride bears 4.