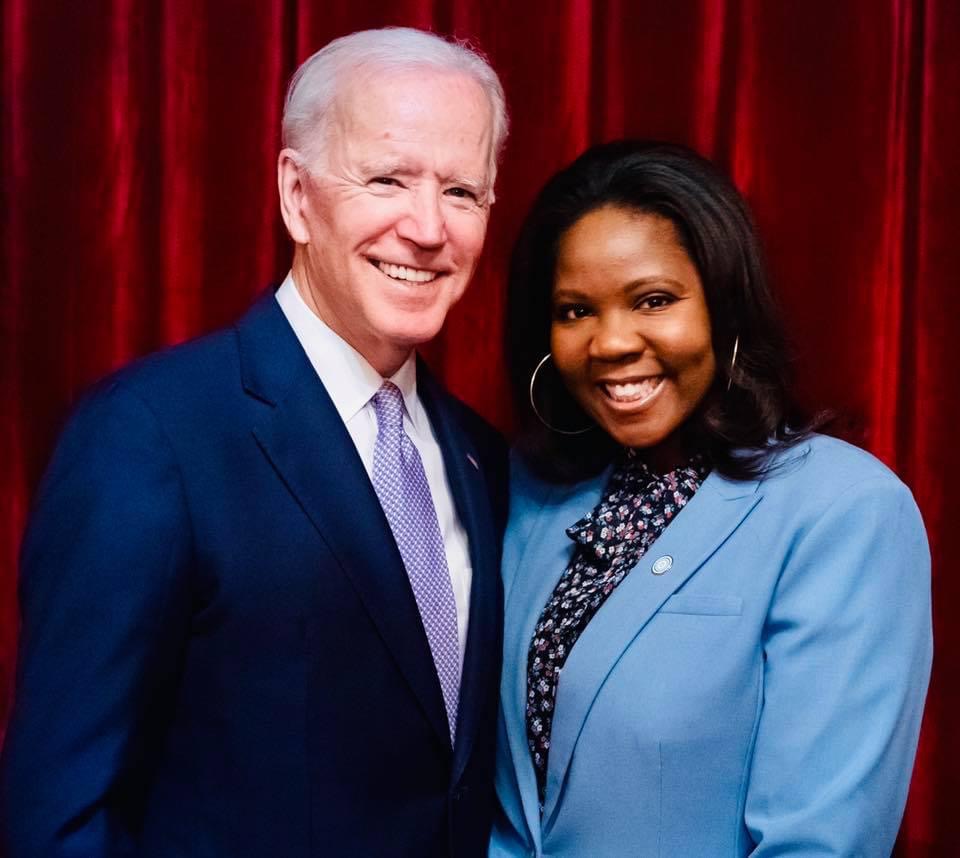 Famous American-born Ghanaian who served as Joe Biden’s campaign National Advisor for Black Engagement, Adjoa Asamoah, has reportedly placed a call to one of the families of the dreadlocked students at the centre of the Achimota Senior High School admission brouhaha.

According to the mother of 16-year-old Nhyiraba Nkrabea, Adjoa Asamoah has called to inform them of plans to fight Achimota School’s decision to reject her son because he is wearing dreadlocks.

“We have gotten a message from her that she will throw her support behind us. She said they are currently doing one or two things and when they are settled she will get to us to fight from that side,” said Maa Naa Myce.

Adjoa Asamoah is a famous international influencer and impact strategist.

Achimota School grabbed national headlines when it emerged on Thursday, March 18, 2021, that school authorities have rejected both Nhyiraba and another student, Tyrone Iras Marghuy because they have dreadlocks.

Although the Ghana Education Service (GES) intervened with a directive for Achimota School to admit the students after public backlash, that has not changed the situation.

The GES indicated that per the Constitution, no child must be denied admission on grounds of his or her culture and religion — the same views millions of Ghanaians have expressed on social media in the wake of the news about the students’ rejection.

Backed by its powerful student union association, Achimota School said it will not accept the directive by the GES to admit the students against its internal rules on decency.

And subsequently, GES backtracked on its directive after a short meeting with parents and school authorities.

Nyiraba’s father, Raswad Nkrabea, has, meanwhile, vowed to head to court to insist on the right to education of his son.

Young Nhyiraba Nkrabea, who obtained aggregate 10 at the Basic Education Certificate Examination (BECE) also revealed on Kofi TV on Tuesday that he has been distraught by Achimota School’s rejection.

“They shouldn’t judge people by their looks. They should judge them by their character,” he said.