A screenshot circulating on social media shows a user of ‘Jodel’ app saying claiming that he’s spreading HIV/AIDS among his mates at the University of Ghana, Legon.

According to him, a student from Pent Hall infected him with AIDS, and he has also decided to spread it to many others in revenge.

His messages on the discreet social media platform read: “I eat some Twitter girl rydee for Evandy, she tell ein boy for hostel say she dey go SU all night”.

He continued: Go and get tested brother. Same excuse one girl gave to her BF to just come see me. I’m positive now. Me I get AIDS already I give am. Adey spread am for campus cos some pent girl take gimme“.

Jodel is the community app that shows you what’s happening in your area in real-time. Unlike other apps, they kind of keep your personal details private so people feel free to confess their secrets. 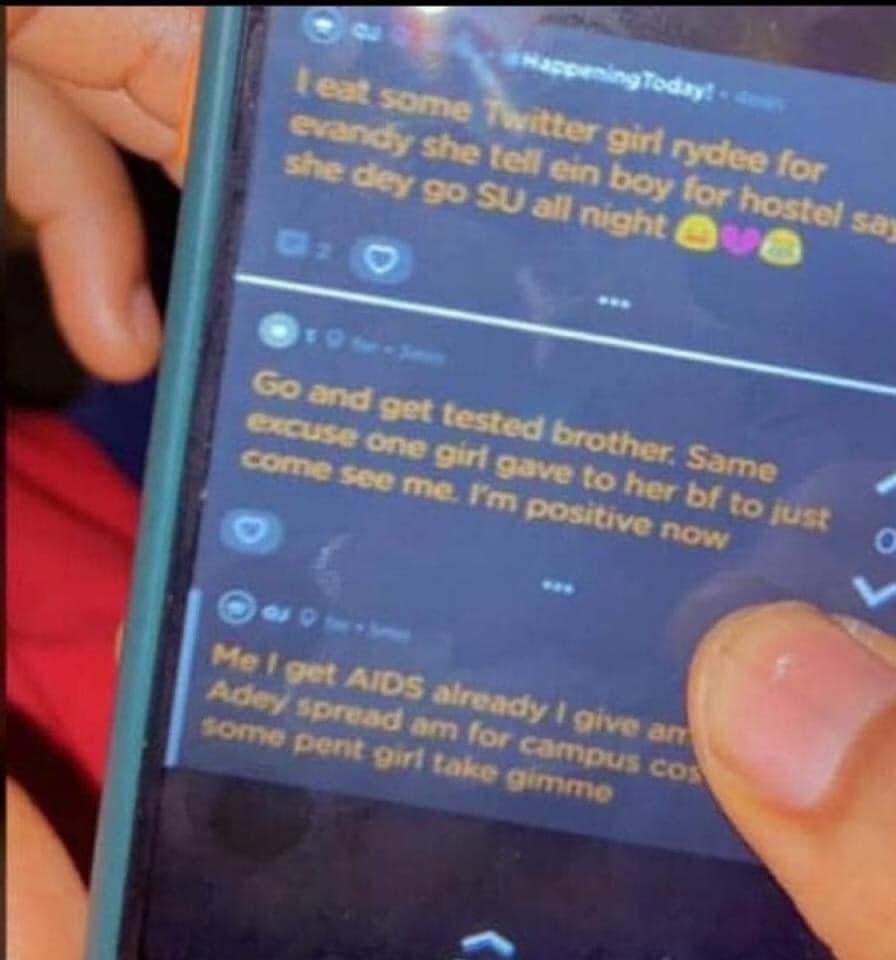