I just saw your last confession, and I felt I should tell mine anonymously. This happened many years ago but each time I remember it, it does not feel great. This does no way represent me now in anyway. I have grown and changed a lot over the years. Apart from those involved, I have not told anyone this before.

Back in the early 2000s when I was still in secondary school, I was in a cult. I was part of a student occult on campus. I got involved when I was in my second year in secondary school; a close friend of mine introduced me to it. It all happened when one day I had an intense argument with my economics teacher. He suddenly decided to go round and check, if everyone had written all the notes he gave us during the academic year.

Even though I was not a truant, I really did not like copying notes and when I did, I wrote them on pieces of papers and after reading them for the first time I didn’t keep them again. Therefore, you can imagine my discomfort when this teacher decided to go around.

He got to my desk and asked for my notes but I told him I left it in my dorm. He asked me to go for it but I told him I shared a locker with one other friend and it so happened that he had taken an exeat home that morning but promised to be back the next day, which was tomorrow. He told me I was lying but I told him I was not. Then he started beating me with a cane, which I did not like. I held the cane and stood face to face with him. He asked me if I was about to fight him, but I declined to answer him. We got into a tussle and he decided to punish me by giving me a large piece of land in the school farm to weed.

Right after school, I went to the field to start my punishment; I wanted to start early so I don’t miss any class because of it. Then one time, this friend of mine, whose name I will not mention told me he had a drink and if I took it, I could weed the whole day without getting tired. Of course, I did not believe him. However, after days of weeding and numerous body pains I decided to try this concoction. He told me to take three-table spoon before I start weeding, and I did.

You can imagine my shock when I found out it was real. I had no idea what was happening to my body but I kid you not, I felt no pains and I was not tired despite weeding a huge portion of the fields that day. I was so impressed. So I asked him what kind of painkiller the drink was. And most importantly, where I could get some to buy. He laughed and said it was a secret.  I tried and tried and tried but he would not tell me anything else about this drink.

But I was so persistent so I kept worrying him about this miracle drink that he gave me. Then at last he said, if he tells me the secret behind the drink, I cannot tell anyone else about it and to guarantee that I had to join them. I asked who were “them” but he only told me to meet him behind the girls dormitory at 12:30am. He told me to sneak out and make sure nobody sees me and nobody follows me too.

I did all he said and showed up on time. I followed him into the bushes, about 300 meters from the girl’s dormitory. There I met eight other boys; they all covered their faces and sat in a circle. I was scared as hell, I had no idea what was going on, it was really late, and we were in the bush. I was shaking seeing all these people. One of the masked boys asked me to sit in the middle of the circle. He talked with so much authority so it was not hard to identify him as the leader.

He told me my friend said I was interested in joining their brotherhood. I was afraid so I nodded in agreement even though all I wanted was to find out what the drink was and where to buy it, I had no interest in this circle thing I’m in right now but I had no choice than to say yes. He told me he had to initiate me. They asked me to kneel down and raise my hands into the sky. They began chanting. It did not make any sense but they were all in sync so I knew they knew what they were doing.

After 10 minutes the air around us got thick, it was so eerie. When they were done, the leader asked the rest of them to pin me to the ground, when I heard that I wanted to run but they were more agile and faster than me so they caught me, one covered my mouth and the rest pinned me to the ground. I was so scared I thought they were going to kill me. I began praying in my head but all I could feel was this sharp pains on my back, they were carving something on my back with a razor blade but I could not tell what it was.

Then they moved to my left shoulder and carved something, it was dark so I could not tell what it was. All I could see was the blade glimmering the rays of the moonlight. When they were done I was too weak to run or do anything else, they all took their hands off me and began chanting again, after that they all said welcome. The leader now told me I was part of them. Then they all took off their masks, and guess who the leader was, the school Chaplain! Also present was the school librarian. The other six people were my friend and five other students I knew from school but at this point I was too weak to be surprised.

The next morning I saw the carvings on my shoulder, it was the number “9”, signifying the 9th member of the brotherhood. Even though I was part of them now they told me to wait 8 days before telling me the secret behind the drink.

So on the eighth day, they told me, it was the blood of the menstrual flow of some of the girls in the school. What they did was, most of these girls did not know how to dispose off the used pads, so at night we go looking for these used pads on the school dumpster. And when we found them, we soak them in water. After that we warm the water a bit, not to a boiling point and say some chants on it, bottle it for 24 hours for it to charge before using it. I know this sounds crazy but it worked. It gave us superhuman strengths aside being a painkiller. We also took it during exams time, it was also a huge memory booster. At the end of every month we killed and sacrificed three hens to “wind” which we worshiped.

So this is how I got through secondary school. Some days I regret joining them but other days I do not, because this brotherhood is what got me through school, I got good grades and got a scholarship into the university, part of my successes is due to this, now I work with one of the most respected agency in the country. But if I should die and come back again, I will not join it again. 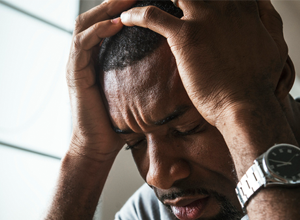 Never leave abroad to Ghana to marry a Ghanaian woman, if you want to live long