Anthony Okorodas who was sworn in as a judge of Delta State High Court by Governor Ifeanyi Okowa in 2018, has expressed how devastated he was after a DNA test conducted on his three adult children revealed they are not his.

In a statement released by the High Court Judge, he accused his former wife Celia Juliet Ototo of cheating during their marriage which ended 11 years ago.

Okorodas who said he was first notified of the paternity fraud by an anonymous source, said the repulsive act of his ex-wife prompted him to conduct DNA tests on all his children.

Recounting how his wife walked away from their marriage when her youngest child (who is now 17 years of age) was just 6-years-old, the Judge said the DNA test uncovered that his wife cheated while still married to him. 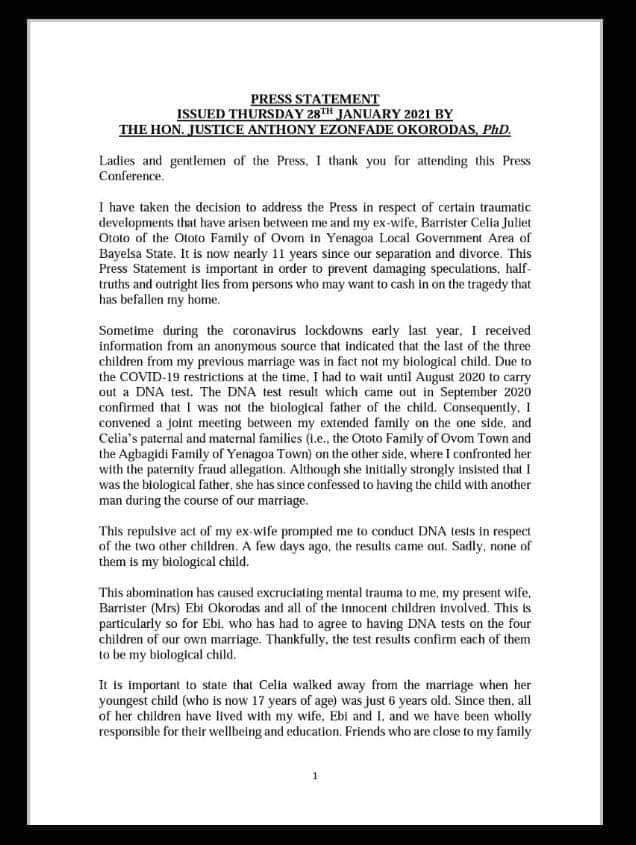 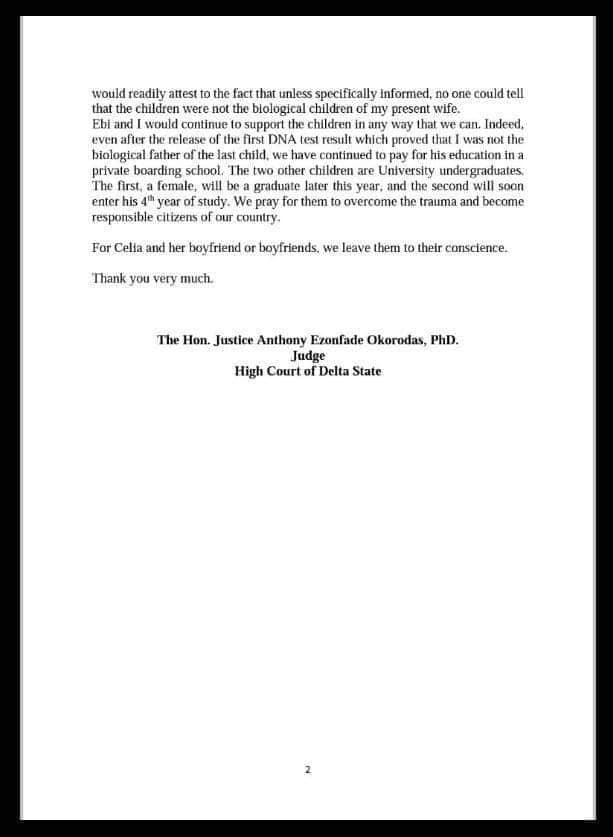