Former Kumasi Asante Kotoko defender, Augustine Sefah, according to multiple reports has been ordained as a fetish priest.

A picture that emerged on Thursday morning showed that the right-back has ditched football to become a priest.

The 30-year-old defender parted ways with the Ghana Premier League side before the commencement of the 2020/2021 football season.

However, he has been seen dressed in a white priest gown with powder all over his body and a leaf rope around his neck.

Sefah was with three other people when the picture in question was taken.

He was a key factor in Asante Kotoko’s 2018/19 CAF Confederations Cup campaign season.

Sefah also featured for the Obuasi side Ashantigold in 2016 before joining Kotoko. 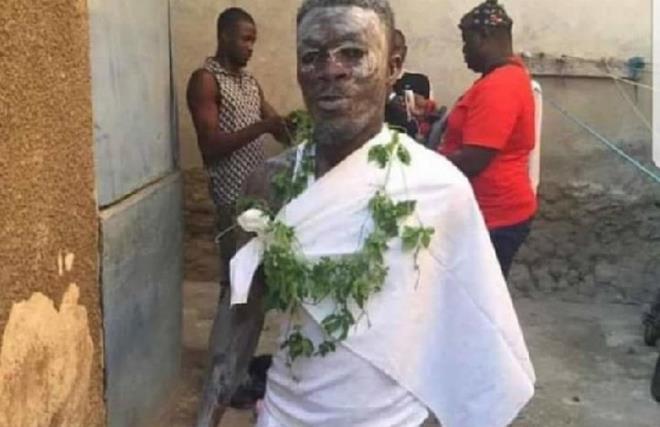