Boxing legend Floyd Mayweather jnr has offered to pay for funeral expenses of late George Floyd who recently died in America following assault from the police who arrested him.

Floyd Mayweather’s company confirmed this on social media in which the family of the deceased have also accepted the gesture from the retired boxer who has made so much money in boxing. The 43-year-old Mayweather is said to have been so frustrated with the ways George Floyd lost his life in the hands of the police who refused to allow him stand on the ground.

Americans and many parts of the world are currently angry and sad with how police tortured George Floyd until he passed on. In the video which has been circulating online, it can been seen that a policeman kneeled on George Floyd’s neck where he was shouting for help.

The police out of their wickedness were nonchalant about George Floyd’s been unable to breath in which he later died on the spot.Protesters have been demonstrating in America demanding for justice in which the police who kneeled on George’s neck has been sacked and arrested. 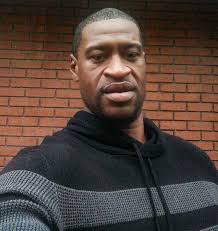 He will be buried on June 9th in Texas.