“Nothing I Get” hit-maker, Fameye, has reacted to the wild threats from his former boss and the CEO of OGB Music, Ogidi Brown to kill him and his son with a curse at Antoa.

Peter Famiyeh Bozah known by the stage name Fameye seems undisturbed by his former manager’s death threats over claims he owes him money.

Artist Manager/Singer Ogidi Brown in a video shared on social media warned Fameye to settle any debts owed him in 2 weeks or face his wrath.

Ogidi Brown in the said video revealed that the father of one and artist of the Year at the 2020 Western Music Awards, Fameye owes him $ 50,000.

Read the full story here: I will kill you and your son with a curse if you don’t pay back my money in 2 weeks – Ogidi Brown warns Fameye [watch video]

Reacting to this, Fameye shared a photo of himself flaunting a tattoo of his son, Arvid, on his hand with a caption netizens think is a direct jab to his former boss. 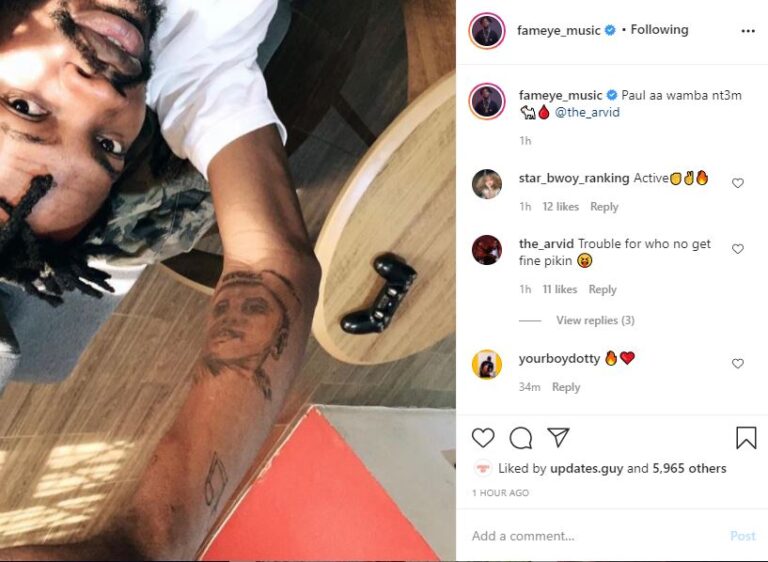 The singer is also set to release a track with Lord Paper dubbed “Pay Me”, at 6pm today. 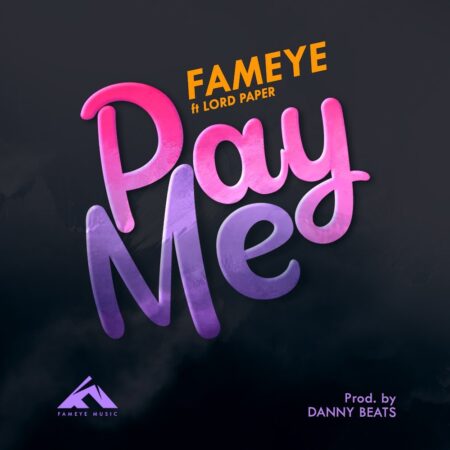