At least three people have died in southern India’s Bengaluru city after protesters clashed with police over a provocative social media post about the Prophet Muhammad, police have told Reuters news agency.

The Facebook post offensive to Muslims sparked protests in India’s tech hub on Tuesday night in which a police station was attacked, and a politician’s house and vehicles were torched.

“The situation is under control,” Bengaluru City Police said on Twitter, adding that police fired live ammunition to disperse the crowd after using tear gas and batons.

“Despite elders of the community trying to pacify the crowd, the mob burnt vehicles on the road, they attacked the police station,” Police Commissioner Kamal Pant said. 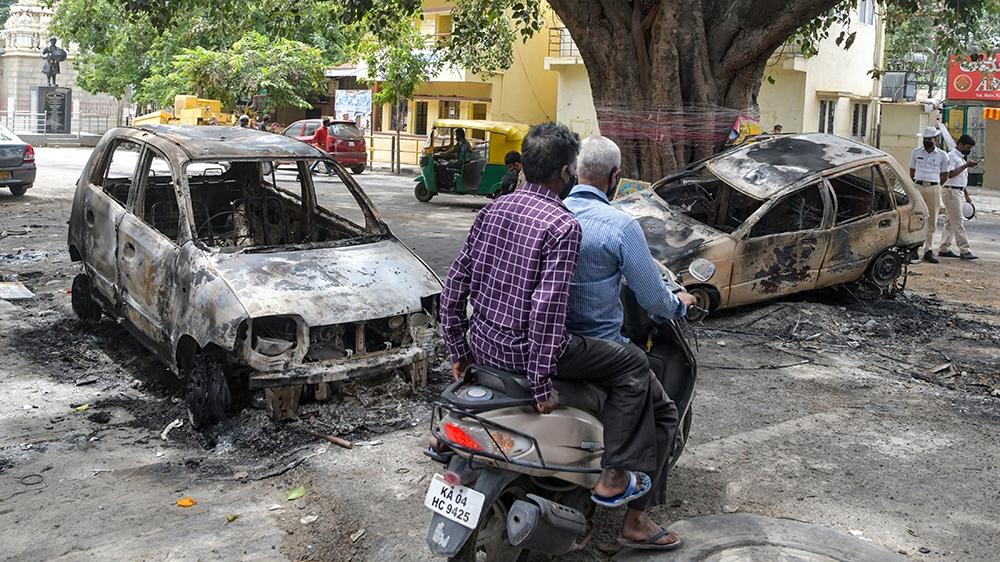 “The police had no escape and they had to resort to firing and three people died,” Pant said, adding that 110 people had been arrested for alleged vandalism and attacking the police.

A police official said an emergency law prohibiting gatherings had been imposed in Bengaluru, a city of 12 million people best known as India’s Silicon Valley.

“Police say a very large group of people broke off into two groups and went around the neighbourhood forcing shopkeepers to close their stalls, damaging properties, setting vehicles on fire before going to two different police stations,” Puranam said.

Pant said the person responsible for the offensive post had been arrested. It gave the first name of the accused man as Naveen, and said he is the nephew of Congress politician R Akhanda Srinivasa Murthy, whose house was attacked and burned in the violence.