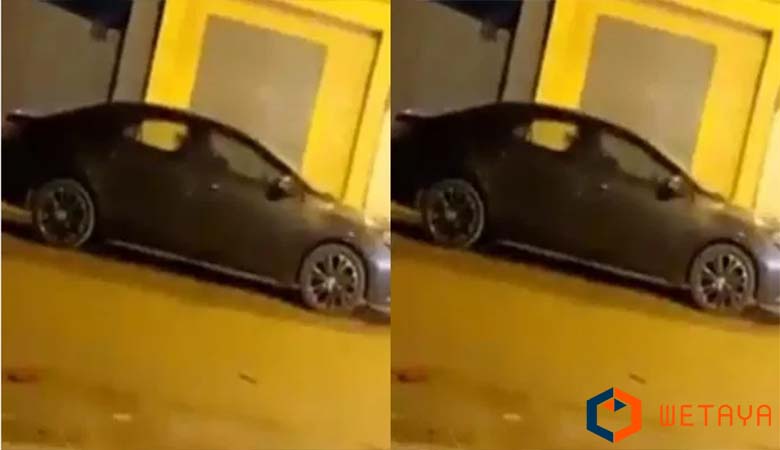 An unidentified couple have been captured in a new video chopping lov£ in a car out in the open.

This is said to have happened at a location in Accra. As seen in the video, the couple were in a black car parked right beside the road in the full glare of passersby while they engaged in the illegal act.

Eyewitnesses took a video of them, and it has since been trending after it was shared on social media.

An instagram user by name mickeybillions however explained that the people captured are not a couple, but a guy and h00kup girl. He wrote:

“Dem no be couple, ebi h00kup girl for ojez Pub.. I was there when the video was shot”