Codogno is now known as the “Wuhan of Italy” and is on lockdown. Trains do not stop there and the streets are empty. Within 72 hours from the first outbreak, almost a dozen towns in the wealthy regions of Lombardy and Veneto, with a total population of about 50,000 people, were placed under quarantine.

Italy is now desperately struggling to contain the virus. It has the largest number of cases outside Asia and the second-highest number of deaths outside China after Iran, where at least 15 people have died. All the people who have died in Italy were elderly patients or already had serious preconditions.

The worst-hit European country, at least 11 people have died from coronavirus in Italy and there are more than 300 cases – most in the north. The 11th person to die was a 76-year-old woman in the Veneto region, officials announced on Tuesday. “We’re talking about a virus that doesn’t respect borders,” said Italy’s Health Minister Roberto Speranza.

Schools and museums were closed in major cities, sports and cultural events were cancelled and the Venice carnival was called off. Trade fairs in Milan were postponed. The bars that are still open must observe a curfew. 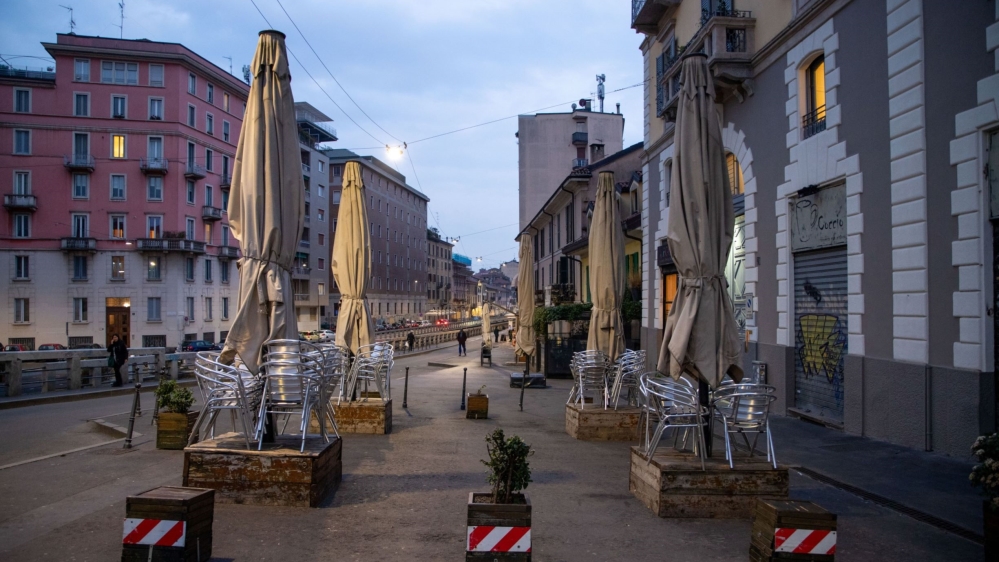 In Spain, an Italian doctor at a hotel in Tenerife was confirmed to have the virus – that hotel is now on lockdown. An Italian woman in Barcelona was the first confirmed case on the Spanish mainland.

Algeria on Tuesday confirmed its first case, an Italian man who arrived in the country about a week earlier.

In the United Kingdom, three schools were closed after students returned from skiing trips.

The UK and Austria warned its nationals against travel to the affected places in Lombardy and Veneto, while Romania – which has a large number of expatriate workers in Italy, announced that people arriving from the epicentres would be placed under quarantine for two weeks.

The EU has announced the allocation of 232 million euros for the coronavirus emergency. Italy’s government said it is considering tax and bills exemptions for people in the towns on lockdown, including Michele L’s Casalpusterlengo.