An old photo of popular actress Mrs. Precious Fella Makafui Frimpong when she celebrated her birthday while posing in front of her birthday treats has popped up.

The photo showed the now actress and entrepreneur dressed in what looked like an off-white wedding gown while posing in front of a table.

The table had many goodies ranging from popular drinks Coca-Cola, Fanta and Sprite, and some biscuits which she would share with her friends.

She appeared excited and at the same time, looked like she was shy of the camera as she posed. 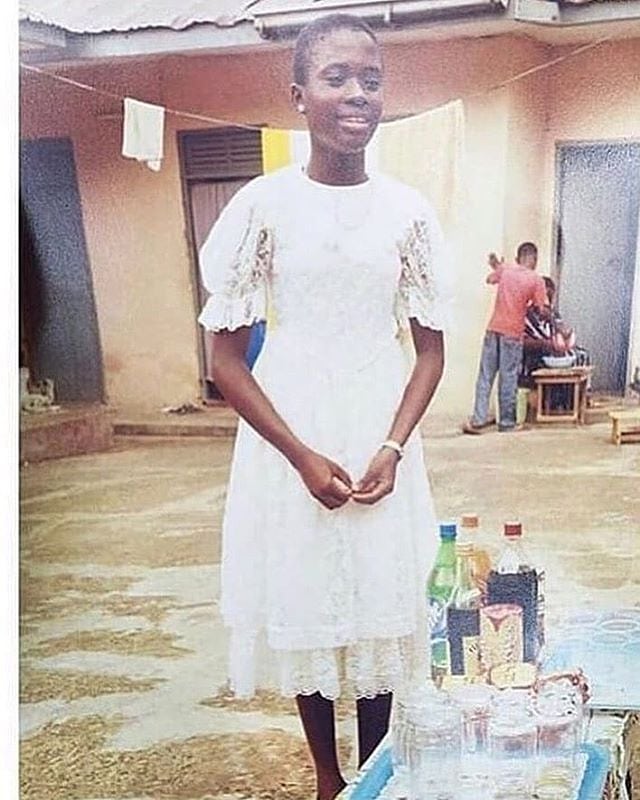 Fella appeared to be standing in the middle of what looked like a compound house in a part of the country which is yet to be identified.

As was done in the early 2000s, birthdays were quite special and were marked with new clothes and preferential treatment for the whole 24 hours.

Madam Makafui appeared to have been enjoying the treatment she was receiving on her special day and it could be said to be the reason why she was blushing in the iconic image.

In recent times, Fella Makafui is considered as a successful actress and burgeoning businesswoman. She is married to award-winning rapper, Samuel Adu Frimpong, famed as Medikal in Ghana’s entertainment circles.