If  you have a cat at home or you’ve spent any time with cats before, you’ve probably noticed that they spend a lot of quality time snoozing. In fact, cats sleep anywhere from 13 to 16 hours per day. In other words, your friendly companion feline spends approximately 2/3 of his entire life in dreamland.

Cats sleep more than almost any other mammal. Realistically, your cat sleeps about twice as much as you do. How much an individual cat sleeps depends on his age, hunger, the temperature and the weather.

Like humans, cats go through both Rapid Eye Movement (REM) and non-REM sleep. Although no one can actually ask a cat, the assumption is that your cat dreams during REM sleep. You may notice his whiskers twitch or his eye moving behind his eyelids. The deep non-REM sleep is when the cat’s body grows and repairs itself.

As with other aspects of your cat’s behavior, you should pay attention to how much he sleeps. Some variation in sleep habits is normal, but if you find your cat is sleeping more or less than usual, it may indicate a problem. If you notice any change in sleep habits, you should contact your veterinarian.

Most cats, particularly house cats, do a lot of their sleeping at night. People who have cats that wake them up in the middle of the night often say their cat is “nocturnal” although that’s not technically true. Cats are “crepuscular,” which means they are most active at dawn and dusk.

They do their hunting at these times because their prey is most active. During the heat of the day, the cat is asleep. Although they have good night vision, cats can’t see in complete darkness, so they tend to sleep then as well. If you have a cat that wakes you up early every morning, she may simply be reacting to her crepuscular nature.

When the sun comes up, the cat wakes up. At certain times of year, dawn is undoubtedly going to happen before your alarm clock goes off. (It helps to have very thick curtains in your bedroom to keep the light from waking up you or your cat.) Of course, you also can inadvertently reward your cat for getting you up too early.

If you feed her in the morning, don’t feed her right after you get up. Don’t ever respond to a feline demanding that you get up either, or you are doomed to be awakened by your cat forever.

Finally, if your cat has turned around her schedule, so she is on “the night shift”, wake her up during the day and play with her.

After all, the animal needs 16 hours of sleep, so it’s got to happen sometime.

Humans are the deadliest animals on earth 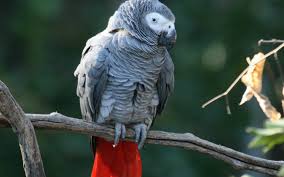 African Grey Parrots Have Vocabularies of Over 200 Words

Worldwide, more people own a phone than a toilet

Adultery is a crime in Taiwan

March 30, 2020
Check Also
Close
Subscribe to Wetaya via Email
SONG OF THE DAY
Back to top button
Close
Close
We use cookies to ensure that we give you the best experience on our website. If you continue to use this site we will assume that you are happy with it.SureNot NowPrivacy policy