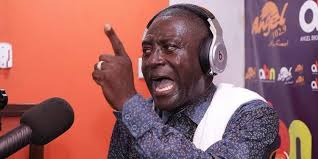 Ace media personality Captain Smart has disclosed that he’s received intelligence that some presenters in the country have been paid to throw their support behind the legalisation of homosexuality in the country.

The morning show host at Angel FM alleged that these media people have been paid an amount to use in their advocacy for gay practice.

“There is an amount of $338 million distributed into various accounts, they are in individual accounts for them to push the LGBTI agenda in Ghana…there is a particular brand of car which all of them use,” he stated.

The LGBTQI community in Ghana is currently trending with lots of opinions being shared on the topic.

Captain Smart, in his submission added that these paid advocates drive around similar cars- in an attempt to give a clue to listeners.