Last night around 1am, I was laying in bed half asleep. I was done watching an awful movie, so i was bored. To waste the night away, I decided to listen to music on my phone. My eyes were closed, the room was quiet, and everything was quiet. All I could hear was the loud sounds coming from my earpiece. And that was when I heard this soothing melody, a song, a beautiful song. ‘Buy me a rose’ – Kenny Rogers.

I’ve listened to this song many times, but last night was different. It was as if I was listening to the song for the very first time. The lyrics touched my heart and soul. The words and its meaning was as delightful as cold glass of water in the middle of a sunny afternoon. For once I could relate to a song and understand its message, I was delighted.

With the lyrics I tried making a story out of it, from my perspective. The song talks about a lovely couple, married for some time, and from the looks of it, they were happy and in love, that would explain why they got married. But with time things starts to change. The man starts working till late hours. The man works his butts off to give his wife all the material things he thinks she desires.

They live in a beautiful huge house with 3 garages. She has her own credit cards and spends money whenever and on whatever she wants. So materially they are successful. But the husband is almost not at home all the time, he spends most of his time at work chasing all the material things within his reach, fame, wealth, status, respect. He only shows up at home very late in the night, when his food is cold and his wife is asleep. He takes a quick bath, wears his PJ and kiss his wife goodnight.

The wife feels the warmth of her husband’s kiss on her forehead, but if the man could only read his wife’s mind, she’d say, ‘buy me a rose, call me from work, open the door for me, what will it hurt, show me you love me by the look in your eyes, these are the little things I need most in my life’

Clearly, she appreciates his man working hard to secure a better future for the family, but honestly, that isn’t enough, that isn’t what she really needs. Just a flower as a gift will make her day, or when his man calls her from work just to check up on her would fill her with delight, at least she’ll know he’s thinking about her, and that will put a smile on her face. These little things are all she needs in her life.

Many years go by, days now seems like decades, time pass quickly, and with each passing day she feels more and more lonely and isolated. And she can’t help but wonder what she’s doing wrong. She’s tried all she could to get his attention, but it seems like a routine. She grows weary and lonely, but never a day, does she give up on him.

You might think the husband doesn’t care about her, ignoring her or doesn’t love her. But that’s not true. He loves his wife dearly. And the more he lives the more he tries to show the love he holds inside for her. His wife has been faithful and loyal all these years, and with each day he senses his wife reaching out for him with open arms, and the more that she gives, the more that he sees.

I love this song

and so should you 🙂 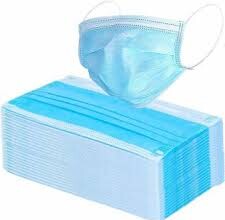 How do you deal with people who refuse to wear a mask? 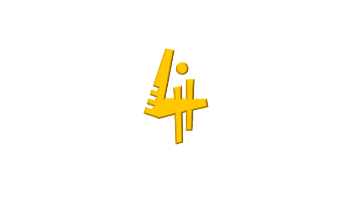 4 Reasons why you still SINGLE

5 common mistakes that cause new habits to fail

February 1, 2020
Check Also
Close
Subscribe to Wetaya via Email
SONG OF THE DAY
Back to top button
Close
Close
We use cookies to ensure that we give you the best experience on our website. If you continue to use this site we will assume that you are happy with it.SureNot NowPrivacy policy