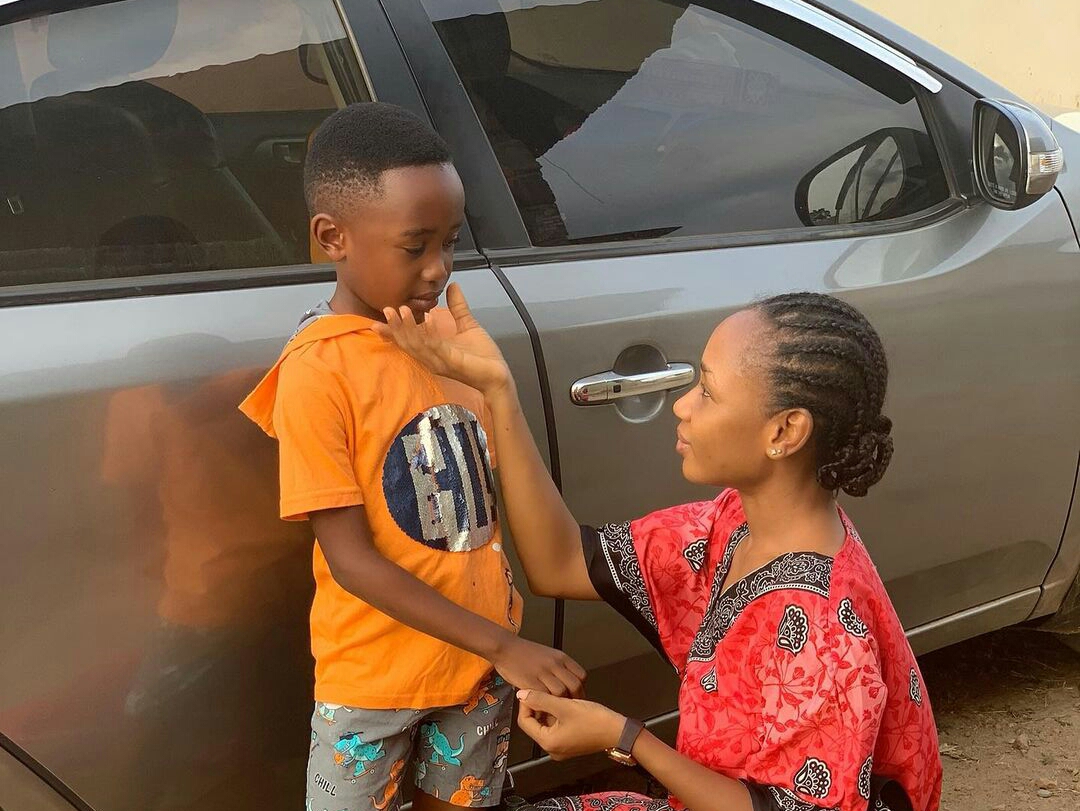 Actress Rosemond Alade Brown aka Akuapem Poloo, who allegedly displayed her naked picture together with her son on social media, has appeared before an Accra Circuit Court.

Rosemond, a social media entertainer, charged with publication of obscene material, two counts of engaging in domestic violence, has pleaded not guilty.

The Court presided over by Mrs. Christiana Cann, has admitted Rosemond to bail in the sum of GHS 100,000 with four sureties two to be justified with landed property worth GHS100,000.

The title deed of the property, the Court said, should be deposited at the court’s Registry pending the outcome of the matter.

The matter has been adjourned to November 23.

Philip Kofi Bekoe, accused’s lawyer prayed the court to admit Rosemond to bail because she was well known and she had people of substance who would stand as sureties when granted bail.

The case as narrated by prosecution is that the complainant, Mr. Bright K. Appiah is the Director of Child Rights International Ghana.

On June 30 this year, Prosecution said Rosemond celebrated her son’s seventh birthday and she took her nude pictures together with her son who was also half naked and posted same on her Instagram page which went viral on social media.

The pictures attracted comments, adding that the behaviour of the accused person was likely to detract from the dignity of her seven year old son among others.

Prosecution said the complainant petitioned the Director-General CID and the matter was referred to the Domestic Violence and Victims Support Unit (DOVVSU).

Rosemond, prosecution said, was arrested and in her caution statement, admitted posting the nude picture with her son unintentionally.

A write up accompanying the picture read: “I am naked in front of you because this is how naked I was giving birth to you, so in case you find me lying somewhere don’t pass by but see me as your mom who brought you to life.”

Prosecution held that Rosemond deliberately posted the nude picture together with her son.