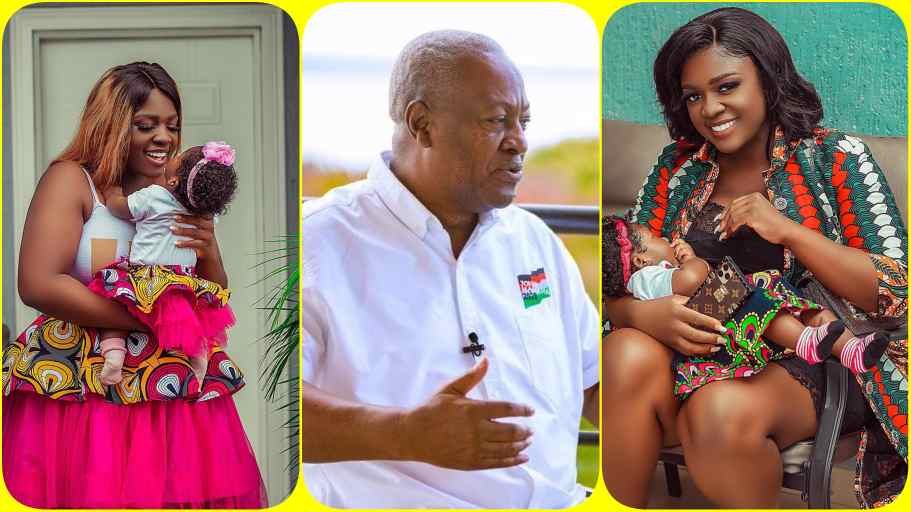 Ayisha Modi fight against Afia Schwarzenegger seems to have opened the way for secrets to flow and find their way unto social media.

This time around, Ayisha Modi has exposed how Afia Schwarzenegger teamed up with some people to blackmail former President John Dramani Mahama with Nhyira the daughter of actress Tracey Boakye.

According to Ayisha who knows more about the dealings of Tracey Boakye and Afia Schwarzenegger finally named the father of Nhyira.

Ayisha, in a live video, revealed that the CEO of Angel Group Dr Kweku Oteng is the biological father of Nhyira and not former President John Dramani Mahama as it has been claimed in the past.

She added that despite Afia Schwarzenegger knowing about the truth, she went ahead to blackmail the NDC flagbearer and former president.

Ever since Tracey Boakye got pregnant with her daughter, many have asked who is the father of her baby.

During Tracy’s fight with musician Mzbel, they were using the term ‘papa no’ to represent the name of the man responsible for the pregnancy.